It’s such a cliché to speak of someone having been “ahead of their time.” And a little frustrating. We can only really ever say that in hindsight; it feels like the kind of praise that’s too little, too late. I started writing this review trying to avoid that sentiment, but in the case of Brigid Brophy it’s sort of impossible. She was a prominent writer and critic in her time, but people also didn’t quite know what to do with her. She was an outspoken activist for unpopular causes, an unapologetic intellectual who poked at staid, canonical tradition with mischievous criticism like Fifty Works of Literature We Could Do Without – which was co-authored with her husband Michael Levey and Charles Osborne, and which a distressed Anthony Burgess called a “deplorable little work.” Her tireless campaigning for the rights of writers led to the establishment of Public Lending Rights in Great Britain, which pays a small fee to writers each time their books are checked out of a library. Brophy died in 1995 and now, at least in North America, she and her work hover somewhere between Obscure and Not Entirely Forgotten. This is where “ahead of her time” feels damning. Ahead of her own time, shamefully unknown in ours. But hopefully, this is starting to change.

Brophy’s The King of a Rainy Country, first published in 1956, has recently been re-released by Coelacanth Press after it had been out of print for twenty years. This was very probably a labour of love as Coelacanth Press otherwise only publishes a biannual journal. This was Brophy’s second novel, and is one of her more straightforward (and autobiographical) works. The prose is spare and simple; the plot is mostly linear, though it also doesn’t exactly lend itself to summary in any elegant way. But for me, it is the way Brophy draws her two young characters – with empathy, with an understanding of human complexity and the confusion that desire so often comes wrapped in – that makes this a remarkable work.

As the novel opens, Susan, the narrator, has just moved in with Neale. The setting is London, sometime in the fifties, and Susan and Neale have an ambiguous relationship based very much on a kind of mutual understanding, but one that, at the same time, perhaps neither of them really understand or want to understand. There is a lot of uncertainty here – what they are doing, what the other expects. “Between confidence and the luxury of giving up we veered, straddled or fell. Sometimes Neale warned me to expect nothing of him. At other times it was he who accused me of not trying.” Their lives become intertwined quickly. They think and speak as ‘we,’ they are pleased to be referred to as ‘you two,’ but it’s a private pleasure. They don’t really discuss it.

Our relationship was verbal: allusive and entangled. Deviating further and further into obliquity we often lost track. ‘I don’t think I think you know what I mean.’ ‘We’d better say it openly.’ ‘Much better. But I’m not going to be the first to say it.’ ‘Neither am I.’

The question of their respective sexualities arises and is then left open, ambiguous; there is a queer subtext that, as the novel progresses, doesn’t stay entirely on the level of subtext. Susan and Neale sleep in the same bed but rarely together and they don’t have sex. When she asks him why he invited her to move in, Neale dodges the question. Soon after, he invites a gay Frenchman to stay with them, and admits that François’ presence was meant to be some kind of message to Susan. “Was he your answer to my question?” she asks. Neale is noncommittal – was François there to “protect” Neale from Susan, she wants to know, or was it the other way around. The plot then turns on the discovery (at the office of the ‘bookseller,’ i.e. pornography dealer, for whom Susan is secretary) that Susan’s childhood love, a girl from her school, has begun nude modeling. Together, they set off to track down Cynthia, now an actress, without really discussing what they’ll do when they find her.

Patricia Juliana Smith, writing on the novel, called it “an example of early post-modernity, a metafiction that tries on and discards a variety of conventional generic plots which, because of their deeply ingrained heterosexual narrative ideologies, offer no viable solutions or means of closure to the protagonists.” Brophy begins with a sort of courtship plot, the early days of Neale and Susan’s relationship. Then there is the story of the girls’ school, and Susan’s early love for Cynthia. These narratives not leading to any satisfactory conclusion, Brophy sends them on a quest – this second section of the book becomes travelogue. And finally, she turns to opera, a form that is a little more permissive, a little more playful when it comes to gender and sexuality. The third section of the novel riffs on the plot of The Marriage of Figaro.

I thought then of Lauren Berlant writing on what she calls minor intimacies – how “desires for intimacy that bypass the couple or the life narrative it generates have no alternative plots, let alone few laws and stable spaces of culture in which to clarify and to cultivate them.” Susan and Neale are in some way aware that their attempt at being a ‘couple’ in the traditional sense seems somehow a simplification of a relationship that doesn’t quite fit that narrative. But then they don’t really know where to go from there.

Brophy is never really in crisis over what Neale and Susan are doing together, what kind of relationship this is, what names to give their sexualities. There is a trying on of various narratives, as Smith says, but there is no feeling of anxiety around a need to define things in any strict, categorical way. Brophy referred to this as one of her most autobiographical works, and her own life does seem reflective of a willingness to live in (and a refusal to simplify or gloss over) complexity and contradiction. She was a public intellectual who’d been kicked out of Oxford for partying too much. She called marriage an ‘immoral institution,’ spoke publicly of her bisexuality, and then married a man and lived happily with him in an open relationship. It is this openness, the sense of being okay with Both/And rather than insisting on Either/Or that I find so exciting about this novel, and that makes it feel so contemporary.

Throughout the novel, Susan and Neale speak continually of their ‘search.’ They are allies in this search, the object of which is only rarely, and even then vaguely, alluded to.

‘All that matters is to try and try. We’ve got to keep on searching for it.’ Once, a third person who was with us demanded:

What are they looking for? A moment, a circumstance, in which one would feel fully, wholly present, maybe. Something that would make it all make sense. “Could there ever be one moment so supreme that everything would be justified for evermore,” Neale wonders. “Will the moment just rise and overwhelm me?” Maybe the search is, in part, for some alternative narrative, a storyline that has room for their desires or permits them to explore and understand them, one that allows for the kind of intimacy they seek and thus, allows them to be fully present, fully themselves.

At a certain point in the story, I became much more aware of the fact that both Neale and Susan are really sort of playing bohemian, that they come from middle class, if not upper-middle class, families and are living in poverty by choice. They have been abroad before, they are familiar with the artwork, they speak French and Italian, at least passably. When Susan interviews for her job with the bookseller, she tells the woman at the agency that she isn’t looking for a career – she “expected to have to work only a year or two.”

By the end of the novel, Neale has made a decision that will lead him back to the world of his parents, who will presumably help him “go into business.” More importantly, Neale’s decision means he is “giving up the search” and will leave behind the dynamic of his relationship with Susan, and the possibility of ever exploring, even if only tentatively, his desires, his mostly unspoken attraction to men. Susan admits that she had expected to marry Neale, but I had the sense that her idea of marriage wouldn’t conform to the traditional notion of it. But maybe not. Maybe she, too, thought that the marriage narrative would somehow change or define things for them in some new way, that it, at last, would be the one that fit.

Brophy doesn’t really show us an alternative to marriage, maybe because in the London of the 1950s, for a couple of well-educated bohemians from likely upper-middle class families, it was still one of the only ends to the story. (Neale’s hesitancy to embrace any kind of openly queer identity can also be explained by the fact that male homosexual acts were not decriminalized in England until 1967.) However, for Susan at least, Brophy leaves us with the possibility of something different. In the end she goes her own way, quietly rejecting the trappings of bourgeois adulthood that Neale is about to embrace (or, at least, gamely submit to). She takes over a flat for herself. This time when she visits the agency in search of work, she is looking for something “that offers more of a career.”

In her introduction to this new edition, editor Phoebe Blatton speaks of Brophy’s “alert, searching compassion” as being what “ignites her intellectualism.” Part of the magic of this book, in which she manages to convey so much while saying so little, maybe lies in this compassion, in the way that she feels for her characters, in all their posturing and stumbling and flaws. She honours them by allowing them their confusion and contradictory desires, and not treating these like problems to be solved. Brophy succeeds so completely in this rendering of human emotion and relationships and the complexities of gender and sexuality that despite an ending that is really quite devastating, there is a kind of hopefulness that persists – that maybe the search isn’t entirely over. Or that, at least, they weren’t wrong to have been looking 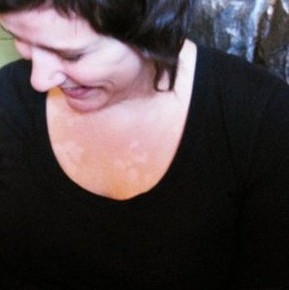