“HAVE YOU SEEN THIS WOMAN?”

The women of the playboy mansion are not home. Not a single blonde lounges by the pool, or on the California King sized bed. It appears that the playmates have left for the day or are hiding somewhere within the cinematic frames of these “room shaped” poems. Though seemingly vacant, the poems of Kate Durbin’s Kept Women are not empty foundations, nor a set without actresses. “There are/many intimate paths that wind their way around this expensive Eden”—and much more to see.

Durbin’s work draws from a number of theoretical influences, identifiably—Lady Gaga, Immanuel Kant, Karl Marx, Judith Butler, Kenneth Burke, and many more to create a framework for translation, study, and dissection of American iconography. Her poems present themselves as bold, cultural artifacts that occasionally give way to small moments of quiet lyricism. Kept Women is a continuation of Durbin’s work with layered, multidimensional images—small microcosms that offer their own set of complexities.

I think of Durbin’s prose blocks as structures that imitate the false control of the playboy mansion. These blocks both construct and project female identity while serving house to a clutter of cultural symbols and memorabilia. Durbin’s poetics are heavily descriptive, using focalization, or “seeing” as a form of narration. Her deconstruction of the traditional narrative gives these poems a removed tonality that is authoritative and directive, almost mimicking the voice of a real-estate agent staging a hard sell. Plain and factual in its presentation, Kept Women is more so a gallery of images than a collection of poetry. Durbin’s frequent use of expletive lines give poems a heavy, material feel. “Roman Fountain” begins starkly, “This large Art Deco bathroom adjoins the master suite.” Similar lines appear in “Pink Playpen” where Durbin plainly states, “This large bedroom is pink and organized.”

Durbin echoes Marilyn Frye’s proposal to “consider the birdcage*.*” One might recall the birdcage as Frye’s visual metaphor conveying oppression as a force of many powers. Durbin’s poems are cages, restricted spaces inhabited by replicated books, sexy devil / angel costumes, insects frozen in amber—women “kept” as objects. The poem “Stone Sanctuary” gives a particularly disturbing portrait of female entrapment: “Modeled on / prehistoric caves in France, the grotto’s glass ceiling is implanted with/panels of prehistoric objects and insects rapt in amber.”

Like the glass slipper in Cinderella, the objects of Kept Women glimmer with a potential magic for enactment. These objects are unable to function autonomously and are positioned for use, such as in “Baronial Bachelor Pad,” “A curved double/staircase, perfect for late night drunken banister sliding or posing for/pre-red carpet event photos.”

Many times an object will crack in presentation, allowing the object to exude subtle defeat. There’s an unexpected sympathy for the sponges in the grotto shower that “once were natural, living creatures,” —a sadness in the performance of designated, fixed roles which are dutifully carried out.

The ending poem “Scrap Nest” leaves the chapbook in a depressive state. Former playmates are seen as “the Hefner pages”— piles of photographs and paper documentation that lead to Hugh Hefner, “who is wearing a red velvet bathrobe. / Next to the portrait is a time sheet with three hours filled out. Next to each hour is notated $10.” Women are depicted as chattel, contractual to their keepers.

Kept Women rejects “objecthood” as a condition specific to playmates of an alternate MTV reality. Durbin uses the playboy mansion as a focus to deconstruct the performance of a grander, internalized cultural narrative, in which women are its objects. The hope is small—that women will begin to recognize the objects of this narrative. However, the outlook of Kept Women is bleak —for the acknowledgement of objecthood alone can’t change the truth of an object, though it may be a beginning.

Kept Women offers no resolve to its missing women. Its significance lies within the uncovering of the object, allowing these representations to silently suggest their value. Perhaps Kept Women is a proposition for women to craft their own spaces. Otherwise, the women of the playboy mansion will not be missing, but abandoned. 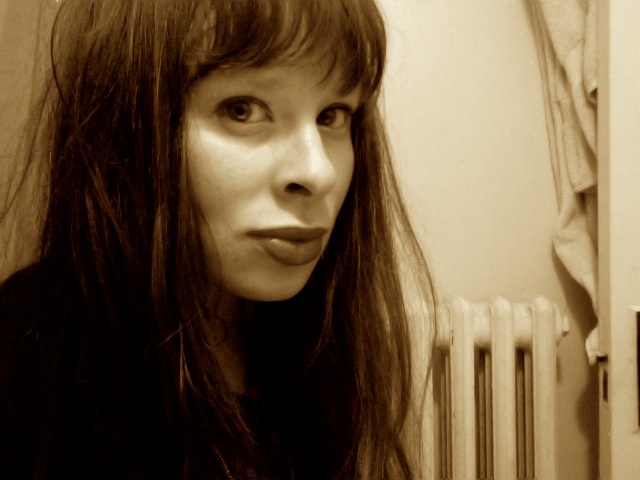 Rachel Finkelstein lives in Missoula, Montana. Her poetry is published in Prick of The Spindle, Shampoo, Columbia Poetry Review, and elsewhere. She is currently an MFA candidate studying poetry at the University of Montana.