Upstream Color is the latest sci-fi offering by Primer director Shane Carruth. After Kris (played seamlessly by Amy Semeteiz) endures an abuse, she must learn how to rebuild her life and ultimately her identity. She falls in love with a similarly damaged man, Jeff (played by Carruth), and together they must unravel the mystery of their mutual disconnect with the world around them. The film interweaves passages from Thoreau’s Walden, exploring its transcendentalist themes of selfhood.

I’ve spent some time futilely deciphering the puzzles in this image essay. Through palpable colors, the film creates an art house endeavor by aesthetically doing away with linear patterns by abstracting the audience’s innate story cues. Through Kris’s journey, we fly through distorted visions while navigating the coping schema she must face to rebuild her life after her surrealist trauma. It can get very Jungian if you look too closely, but Carruth manages to pull us back, reminding us that the story is about survival. Imagine being bereft of your core memories, histories, and your basic integrity. Thoreau’s ephemeral skeleton may hold a key in our heroine’s self discovery, but ultimately it is Kris’s assemblage of the peripheral that brings this film full circle.

Written by Batmanglij and Brit Marling, Sound Of My Voice is the story of Peter and Lorna, budding filmmakers who have infiltrated a cult led by Maggie, a woman who claims she’s from the year 2054. None of the character’s motivations are clear while everyone’s veracity is continually questioned.

Through muted lenses and subtle hints of morbidity, the camera moves with an increasing friction. Maggie must be remain contained in a sterile environment, yet has her subjects vomit in front of her to prove their loyalty. Peter feels that his mission comes from a place of justice, but as insights into his past suggest, it may well have been borne out of vengeance. Lorna, a reformed brat actress, is fueled with career ambitions, yet transforms herself into the voice of reason.

Brit Marling is the stand out here. Her warm and sincere screen presence sinisterly interweaves with an agile portrayal of malevolent Maggie. Most would view this as a Hitchcock-ian technique, but it’s her body that creates suspense, aligning it more to Maya Deren’s visual body poetics. Marling proves to be a driving force here and along with Another Earth, is becoming a critically essential female voice in cinema. 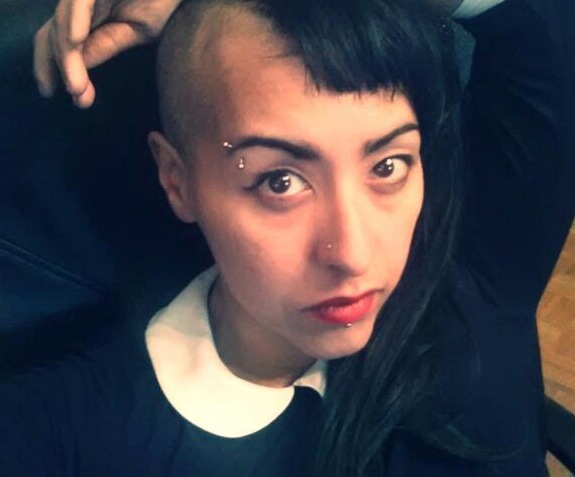 BIO: Jacqueline Valencia is a poet, illustrator, and film critic. She received her BA with honors at the University of Toronto and is the author of Maybe (chapbook, was selected for the Arte Factum exhibit 2012 by Poetry is Dead Magazine), and The Octopus Complex (poetry, LyricalMyrical Press). She is currently working on her first graphic novel and writes film criticism at Next Projection.