That night I dreamt that I was a forty-year old woman, and my husband was a retired colonel. He was running a community center in a poor neighborhood, and his social skills were shit. His workers hated him, because he kept yelling at them. They complained that he treated them like they were in basic training. Every morning I’d make him an omelet, and for supper a veal cutlet with mashed potatoes. When he was in a decent mood, he’d say the food tasted good. He’d never clear the table. Once a month or so, he’d bring home a bouquet of dead flowers that immigrant kids used to sell at an intersection where the lights were really slow.

That night I dreamt that I was a forty-year old woman, and that I was having cramps, and it’s nighttime, and suddenly I realize I’m all out of tampons, and I try to wake my husband, who’s a retired colonel, and ask him to go to the all-night pharmacy or to drive me there at least, because I don’t have a driver’s license, and even if I did, we still have an army car, and I’m not allowed to drive it. I told him it was an emergency, but he wouldn’t go, just kept mumbling in his sleep, saying the meal was lousy, and that the cooks could forget about a furlough, because this was the army and not some fucking summer camp. I covered myself with a folded tissue, and tried to lie on my back without breathing, so I wouldn’t drip. But my whole body hurt, and the blood was gushing out of me, sounding like a broken sewage pipe. It leaked over my hips, and my legs, and splashed over my stomach. And the tissue turned into a wad that stuck to my hair and my skin.

That night I dreamt that I was a forty-year old woman and that I was disgusted with myself, with my life. With not having a driver’s license, with not knowing English, with never being abroad. The blood that had dripped all over me was beginning to harden, and I felt like it was a kind of a curse. Like my period would never end.

That night I dreamt that I was a forty-year old woman, and that I fell asleep, and dreamt I was a twenty-seven year old man who gets his wife pregnant again, and then finishes medical school and forces her and the baby to join him when he goes to do his residency abroad. They suffer terribly. They don’t know a word of English. They don’t have any friends, and it’s cold outside, and snowing. And then, one Sunday, I take them on a picnic and spread out the blanket on the lawn, and they take the food from their picnic baskets and put out the food they’ve brought. And after we finish eating, I take out a shotgun and shoot them like dogs. The policemen come to my house. The finest detectives in the Illinois police force try to get me for murder. They put me in this room, they yell at me, they won’t let me smoke, they won’t let me go to the bathroom, but I don’t break. And my husband in bed beside me keeps yelling, “I don’t give a damn how you did it before. I’m the commander around here now.” 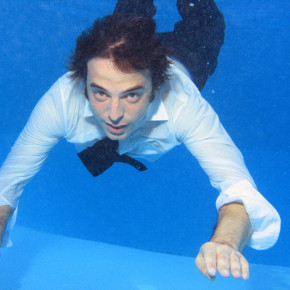