The re-issue of a debut book of poetry is an uncommon event. Economics and the relative low interest in republished poetry are a factor, but perhaps the biggest factor is the relative weakness of debuts as compared to the later developments with most poets. Many poets, though not all, improve with time as a matter of diligence and application. Those with a large amount of talent, especially, follow this rule. This quality differential means that poets usually wish to forget about their debut collections, or at least to leave them on the shelves where they were first shoved, and not to repackage them in the marketplace. The list of greats cursing their debuts is long, including poets in Heighton’s British tradition (Larkin, for example). Perhaps the most significant example is a Canadian one: Al Purdy, a writer Heighton has long identified and been associated with and whom Heighton sometimes imitates in Stalin’s Carnival. Though the following anecdote has been amplified to the stuff of legend, Purdy sought out copies of his self-published debut, The Enchanted Echo, and destroyed them with evangelical zeal. There is no spectacle quite like a poet immolating the poet they once were.

Steven Heighton did the opposite of his champion by republishing his 1990 debut. Stalin’s Carnival won the Gerald Lampert award, given by the League of Canadian Poets for a first book of poems. This fact is an important one because Stalin’s Carnival is one of the few choices in the history of the Lampert Award that history itself has smiled on. Heighton’s debut is as good a book as the Lampert’s ever honoured, and the book stands up today as an example of a poet arriving on the scene with an amount of talent that embarrasses other practicing poets.

Perhaps an academic will one day discuss the rationale behind Heighton’s choices in the Palimpsest reissue. Why perform cosmetic surgery on the few poems the poet judged to be imperfect? Is Heighton’s revising and cutting in the reissue having one’s cake and eating it too? And were his editorial choices good ones? As per his Author’s Note, has Heighton “created an awkward or monstrous hybrid” that straddles youth and experience, satisfying neither? Are there poems in the book that should have been touched up that didn’t get the treatment? How does Heighton’s approach, say, contrast with that of Peter Sanger and Fireship, the latter’s reissue with Gaspereau Press published in 2013? How does Stalin’s Carnival compare with Poems for All the Annettes, a House of Anansi 2013 reissue of Purdy’s first mature book of poetry and for which Heighton contributed an introduction?

Other questions different reviewers and scholars might take up are the lines of inheritance between Heighton and Purdy. Several poems in Stalin’s Carnival bear the imprint of Purdy, but how are these poems different than Purdy? Another fruitful line of inquiry might be considering how the green-eared Heighton fits into the tradition of poetic self-consciousness, writing poems – in a debut! – about poetry (like “Poem” and “Testament”).

There are a few questions want to answer. For example: how does Heighton fits into a male debut rubric? He does so by using familiar themes of dictatorship, war, weapons, and death; by writing masculine poems about climbing a glacier or piloting an aircraft; by writing poems that obsess over the archetype of the father. And yet the use of these themes, images, and anecdotal material lies outside the typical pattern of the debut: Heighton is scrupulous about his own personal history. Though the book is dedicated to his own father, there isn’t much direct biographical detail in the book with which to pin the poet down, to tether his imagination.

The biggest question of Stalin’s Carnival, though, is also the easiest one to answer, and partly because the book helpfully (or deliberately) gives the answer itself. What is the legacy of Heighton’s debut book of poems? The legacy of the book is announced as part of its marketing bumpf and by its additional materials. On the back cover, Al Moritz trumpets that with his debut, “Heighton introduced a new basis into Canadian poetry: an approach to traditional formal rigour that was entirely original and personal.”  And in his brief introduction to the book, Ken Babstock admits his creative debt to Heighton: “I read Stalin’s Carnival as a very young man, while bashing around in 20th century poetry trying to erect a scale model in my head of what a poem could be like now. Hearing the vibrancy and veering turns and wind-sprint syntax in these poems lit me up . . .” Babstock’s admission is welcome because Babstock’s debt to Heighton (echoing Heighton’s debt to Purdy) is blatant in Stalin’s Carnival, specifically and especially in terms of poems like “Endurance” and “Sailing, Gulf Islands.” David Solway’s memorable parlor room prank of randomly reading verses of Purdy against verses of his imitators and having his victims guess the true authorship might create similar results if verses like the following were stacked against Babstock’s:

At the crack she pounced
hours over the grip of pool, she split
the skin and sheered like a seawind back

to breast the surface, ripple with fluid
motion toward a standing wall. She coiled,
sprang, and her back broke

Heighton’s legacy, then, is that of sound technician in Canadian poetry, the fellow who tweaked the dial of Canadian poetry to the consonantal, arrhythmic, and internally-rhymed. That it’s hegemonic now isn’t Heighton’s fault, because he brought, as Babstock admits in his foreword, far more to the table: a vision, a universe of connected theme. Heighton had something to say in Stalin’s Carnival, and though the republication of such a book might encourage accusations of author vanity, or in this specific case, accusations of self-canonization and the creation of dynasty (last year’s Griffin winner writes the book’s introduction, and 2009’s Griffin winner blurbs the back), the proof is in the poetry itself, and if the current generation of Canadian poets is returned to the source of their sound by reading this book, which I strongly encourage, they would do well to learn more than sound patterning from Stalin’s Carnival. They might take up the unanswered questions posed above, comparing Heighton to his influences and to those he’s influenced. By doing that, they’ll contextualize a great talent and realize there was Canadian poetry before Ken.

It appears that 2013 has become the year of debut republication in Canadian poetry.  Al Purdy’s real debut, Poems For All The Annettes, was rereleased by House of Anansi Press, as stated above, Steven Heighton performed plastic surgery on his original Stalin’s Carnival and re-released it with Palimpsest Press this year, cutting some poems and judiciously editing a few others. The contrast between Heighton’s strategy is mentioned here only to contrast with decisions made by Peter Sanger.

In Fireship, Sanger packages his first (and uncut) two books of poems – The America Reel from Pottersfield Press and Earth Moth from Goose Lane Editions – between supplementary materials. “Sealskin”, the front section of the book, features unpublished poems written coincident with the two published books of poems. A joltingly good essay, “Log-Slate,” is placed at the back. Sanger also provides “Fireship,” a theme-serving “new” poem as the final word on the poet he was and is, or, as he might prefer, the poems that wrote the book under review.

Though recognized as a formidable poetry critic, perhaps Canada’s most substantial (because he conducts primary research and literally has written the book on poets like Thompson and Outram rather than making his reputation through brief review ephemera), Sanger is under-appreciated as a poet. Based on all the work contained in Fireship, it’s easy to understand why.

Sanger writes short and formally tight poems. A master at form on the page, a careful and clever arranger of words and lines, he writes what I’ll call relentless starings at objects from the natural world or rendered perspectives upon historical characters from Sanger’s locality of Nova Scotia. His poetry shows a remarkable tenacity at, forgive the pun, holding the course. Sanger keeps the destination in view, writing elegant sentence-long poems or sentence-stanzas that break out of linearity and yet arrive at a neat, and sometimes mildly epiphanic, conclusion. There are quite a few exceptions to this rule, but the rule is well-followed in Fireship, and why not? It allows him to initiate and sustain great lyric intensity, such as in “Crow Court”, which begins: “Out on the ice an anthracitic glitter/ fetches him close to look at his first/ protagonist, a hunch of loose feathers,/ a wing attempting to fly, another// dark legend from earth before his peaceable kingdom” (139). That’s 0-60mph in record time, my poetry friends.

Sanger’s subject material and his thoughtful prosody isn’t fashionable. Furthermore, the structure apparent in this valedictory book reflects a careful, steady intelligence uncommon in Canadian poetry. Throughout Fireship, Sanger maintains this quasi-Borgesian idea: that poems and not their poet know where they are headed. He scaffolds his nautical theme as much as he can – even the cover of the book as well as interior photographs are recruited for the cause (both are of a sailing ship’s log book.)

In fact, the essay gives the game away: he declares that he lives in Nova Scotia and taught at the Nova Scotia Agricultural College, meaning he’s removed both from geographic and academic centres of power. Moreover, Sanger invokes Shakespeare to reinforce his theme, reclaiming the antiquated word “yare” in the process, and he name-drops two unfashionable  and dead poets unlikely  to repay the favour. It’s as if Sanger is at odds with where culture’s gone, using poetry to excavate the history of his parcel of Nova Scotia.

More should be written about Sanger as poet. I hope his work will be taken up and thought about as an alternate course for Canadian poetry, though I wonder if that ship has sailed. But who knows: in the title poem, Sanger writes, “You ask how I know. I don’t./ Trust the great sail of metaphor. Each// intends to complete/ the world, no sailor left/ to watch the mute sea” (187).” Poetry, in other words, is beyond all of us, is us. There’s lots to think about and admire in Fireship. 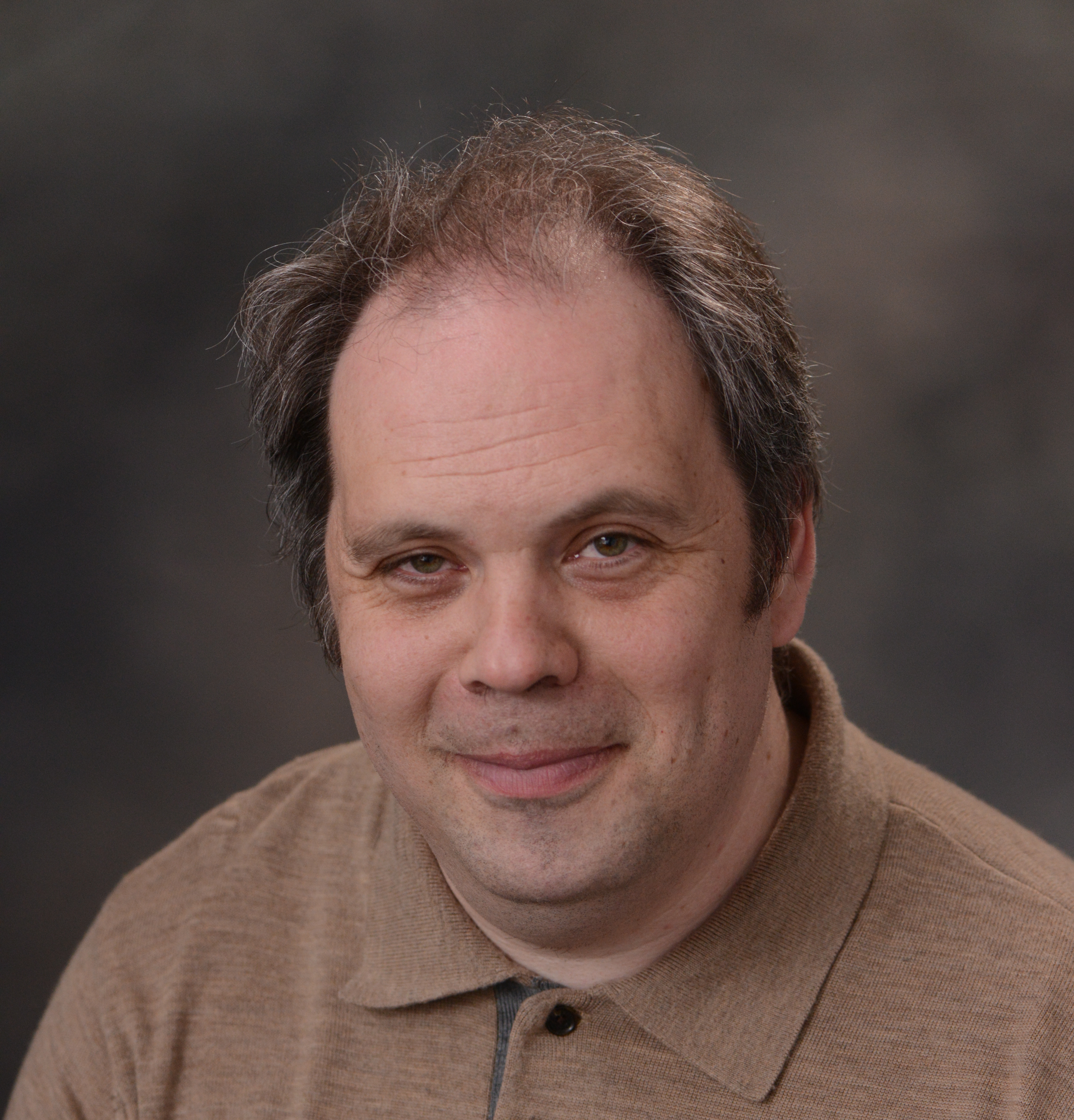 Shane Neilson is a poet from New Brunswick.