Your poems map themselves out in terms of the landscapes and cityscapes that inform them. Can you share something about the place you’re writing from at the present time?

Marilyn Dumont (MD): The afternoon fall sun has warmed the browning grass and scramble of leaves in the schoolyards or homes surrounding where I live. At this time of day, the light is slanting through the elms, spruce, and mountain ash. I always feel grateful at this time of year for warmth. The remaining leaves flame with life on the birch and mountain ash.

I live on the second floor of a house, which sits directly across from two schools: one dated early 1900’s and the other 1950’s.

I feel most at home in the light and this landscape; for me it’s not about the City of Edmonton at all; it’s about knowing my grandparents and great, great-grandparents lived here. In fact, I live on a street, which was the edge of one of the Métis river-lots that extended to the North Saskatchewan River. I feel the lives of the Métis who once lived on this land and land spreading out to the West of me in Old Strathcona, the university neighborhood in Edmonton.

WCS: Every writer has a story about how they come to writing. How did you come to poetry?

MD: I think that poetry came to me. I was the child in the family who asked, “Why,” or if I didn’t utter it, I wondered, “Why?” Poets have been the dissidents and persecuted ones throughout the centuries. Not that I wanted to be the out-spoken one, but I am compelled to speak at what I see as injustice or I can’t live with myself afterward.

WCS: Your poetic and lyrical form throughout all your texts is dynamic and diverse. How do you decide what kind of presence poetic voice will have on the page?

MD: Because I don’t speak Cree, I find ways through language or form to help me convey what the English language cannot. I have to find ways to be creative in my use of English, like all poets, but if you don’t speak your original language, you must improvise or express yourself in other ways.

WCS: Several poems reveal the nuances of your relationship with the language as well as the social dynamics surrounding the speaking/not speaking of our Indigenous mother tongues. How is Cree, as language, treated, if at all, in The Pemmican Eaters?

MD: I feel like I work with threads of Cree and now Mitchif in this latest manuscript, The Pemmican Eaters. I’m still very interested in learning more of Cree, Mitchif, Anishnabe, and French because it broadens my perspective and language toolbox.

WCS: Helen Betty Osborne, the murdered Indigenous women found on the pig farm in Port Coquitlam, half-breeds, breeds, country women, sq@#ws – your poetry importantly and powerfully traverses time periods to name the varied violence(s) that have occur(red) against Indigenous women in Canada. In the present context, there are many Indigenous-led acts of resistance against this violence. What do you think will bring this violence to an end?

MD: I think that the violation and murder of Indigenous women will not change until the fundamental relationship between the Canadian State and the Indigenous Peoples in this country changes.

WCS: What is one change that needs to happen and how would this be brought about?

MD: Well, recent global reports indicate that Canada ranks 20th on the scale for gender equity, so if it were only Indigenous women, but it’s women in general earning less, valued less, represented less in local, regional and national organizations, Indigenous or otherwise. So, there is the issue of race, but then there is also class and gender.

There are so many reforms that need mentioning, I can’t pick one: The Indian Act, access to micro-loans to develop small businesses, education, healing and health care, better housing and access to employment.

MD: Poetry publishing has never been lucrative and fortunately this has maintained poetry’s integrity as an art form, but it has also marginalized it.

The world would have to change dramatically before poetry is considered necessary. I’m not holding my breath.

Being an Indigenous woman artist in whatever form is never taken as seriously as a male artist: Indigenous or otherwise. This is what Aboriginal female artists must battle.

The male artist is somehow perceived as the “real” artist; the female artist is rarely taken seriously and must spend her life legitimizing her practice.

WCS: Can you share some of the differences and similarities that you think Indigenous and non-Indigenous women may experience in publishing?

MD: I think there are differences in access to resources. What is happening now across the country is that because some Aboriginal funding streams have been developed, Indigenous Artists can then be “ghettoized.”

WCS: You give a shout out to literature, as a field and discipline, in all of your books. What do you see as the confining and liberatory possibilities of the category, Indigenous literature?

MD: The confining aspects are always expectations based on one’s past work, but writers as all artists evolve and take new risks because, for me, this is how art is defined.

In that tongued belonging, I was focused on the diversity and strength of the Indigenous women in my life. I think the “markers of Indigeniety” were expressed in other ways: “cut the clouds,” “Lac Ste. Anne,” “She carries the Pope in her purse” etc..

The liberatory possibilities don’t change because some people call it Indigenous Literature and others find another term. I think that like all literature, writers over the generations dialogue, talk to, visit with one another through text and spoken word and that in itself is very exciting to consider. That has never happened before in our written literature, at least, not in the same way, in this time and technology.

WCS: What do you want us to know about The Pemmican Eaters?

MD: That Métis history and identity is evoked through a variety of content and form. It’s not straight narrative about Riel and Dumont.

WCS: So this text will disrupt essentialist notions of Métis people that are often entrenched by focusing on Louis Riel and Gabriel Dumont, two important men in Métis and Canadian history. I’m excited to engage with the thread of Cree and Mitchif you indicate are included. Do you include family narratives or is gender particularly relevant in The Pemmican Eaters?

MD: I have family threads through it, not so explicit as in A Really Good Brown Girl, they are there in the characterization, description of beading, in use of traditional verse form to replicate the repetition in dance, song, chant, drumming, fiddling, the repetition in everything.

WCS: Can you give an update where the manuscript is at in the publishing process and when we will be able to access it?

MD: It was being considered by a publisher, but didn’t make the final cut. So, I have sent it out for the second time, and I’m waiting to hear back from the publisher.

MD: More Indigenous Peoples in North America need to write and publish their personal and community stories because there are few venues for “real life” stories from Indigenous People to counter the prevalent misinformed and ignorant media coverage of who we are.

WCS: Chi-miigwech Marilyn. It’s been a thrill to re-visit your work for this interview and to be in conversation with you. 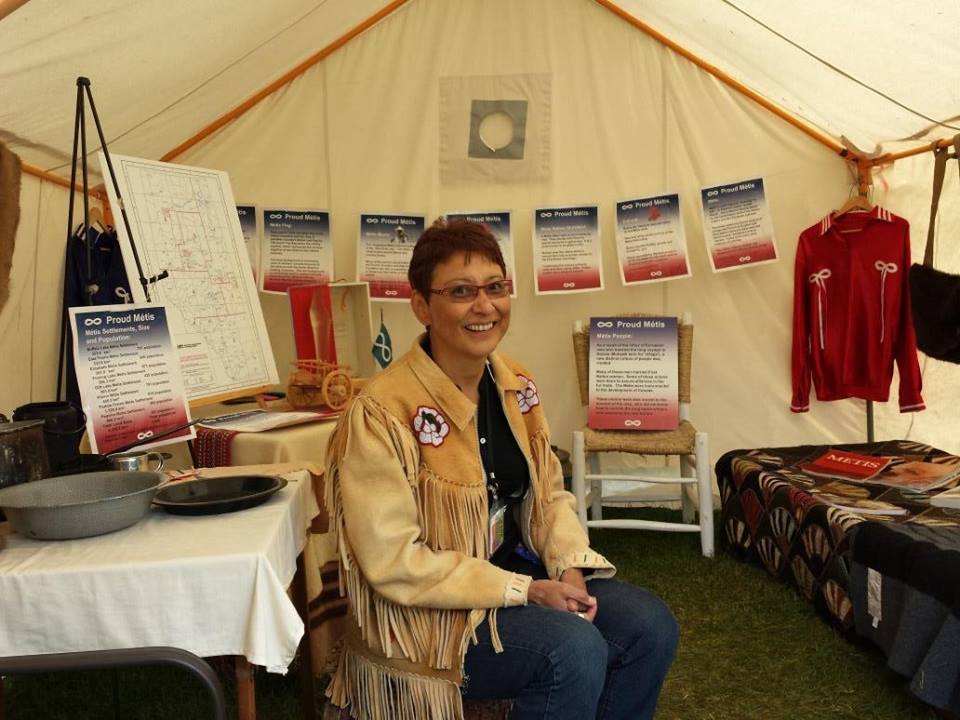 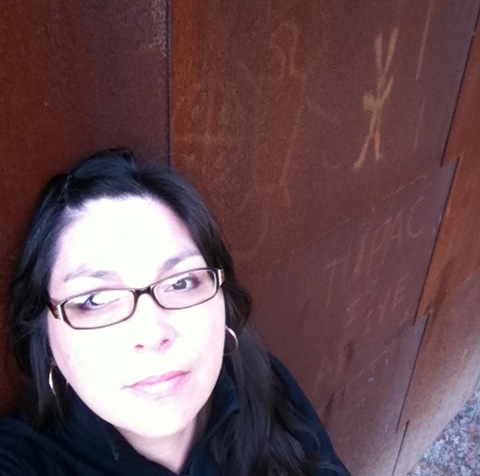 Waaseyaa’sin Christine Sy is Ojibway Anishinaabe of mixed ancestry from the Treaty 3 area in Northwestern Ontario and Bawating (Sault Ste. Marie, Ontario) and presently resides in Williams Treaty (1923) area in Southern Ontario with her daughter. She affirms and promotes Anishinaabe life through multiple literary forms (i.e. poetry, short prose, short story, spoken word, storytelling) and photography. She is the winner of Briarpatch’s 2nd Annual Short Story Creative writing (fiction) contest (2013) and is the co-editor of Matrix Magazine’s first dossier of new Indigenous writing (autumn 2013). Christine is writing her first poetry manuscript, which illuminates biskaabiyaang, an Anishinaabe process of returning to self. She works in the field of Indigenous Literature and Creative Writing, and is a Ph.D. candidate in Indigenous Studies. Her blog, “Anishinaabeweziwin” can be accessed at giizismoon@wordpress.com.