“The function of the wrestler is not to win: it is to go exactly through the motions which are expected of him.”
—Roland Barthes, “The World of Wrestling,” Mythologies 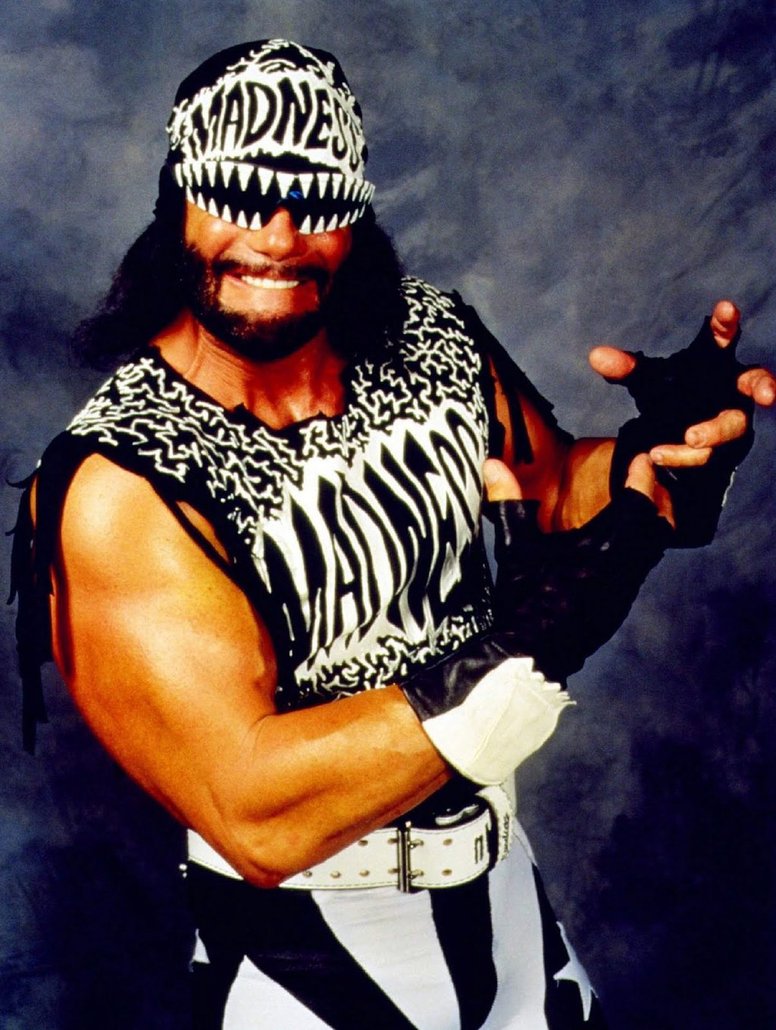 Let’s start with the weekend, because I have to start somewhere. So, okay, I’m writing this review at home, it’s a weekend, one that I’m jokingly referring to as ‘Savage Weekend’ when I talk about it with friends – friends who are familiar with both ‘Savage Weekend (1976)’ the exploitation movie that’s a precursor to the 80s slasher films popularised by Friday 13th, and ‘Savage Weekend’ the hardcore supergoth marathon of noise music that occurs annually in Chapel Hill, NC. Some context: in the first ‘Savage Weekend (1976)’, a group of couples head upstate to watch (bizarrely) a boat being built and enact several softcore sex scenes before they are slowly picked off by a ghoulish killer wearing a mask. At the second ‘Savage Weekend’, NC, the noise festival, which is spooky, loud and cool, masses of youth move to sound-viscera shrouded in a veil of grainy colour stock and instagram mediation. But back to what brings us here, the third ‘Savage Weekend’, a weekend of Nathaniel G. Moore’s Savage 1986 – 2011 (Anvil Press, 2013), perhaps just another memoir about a young man’s painful childhood experiences and its redemptive transmutation, even sublimation into completed creative project.

With the recent interest in parsing out the formal qualities of autobiography, memoir and the confessional, from the flat affect of Tao Lin’s new sentimentality, Sheila Heti’s terse How Should A Person Be, Kate Zambreno’s critical narcissism in Heroines, to Steven Zultanski’s compulsively unquantifiable Agony, it’s safe to say that the personal has made a literary return. Although the specificities and details of delineating each form might be a longer, (perhaps even irresolvable) debate, The Nate in Nathaniel G. Moore’s Savage is a young man whose life dovetails with the rise and fall of Randy “Macho Man” Savage, the professional wrestler whose heyday was peppered with sellout crowds and TV cameras, rainbow fringe and dense, oiled muscle. Over time, Nate’s identification with Macho Man and his transformation from hero to reviled villain serves as an outlet for difficulties in his suburban home—with his disengaged mother, his ineffectual sister (whose stilettos and Nirvana tees broker a skittery, brittle 90s humour), and most crucially, his father, whose mental illness and deep dysfunction becomes more and more apparent as the novel progresses. As his relationships (most notably a best friendship turned sexual relationship with a boy named Andrew) begin to jigsaw themselves out of place, Nate spirals into a classic feedback loop of pills, depression, and self-destruction.

To pay attention to the way something like a memoir is constructed is to pay attention to the architecture of the form and its complicity in the disorders it absorbs. And in Savage 1986-2011, what Macho Man enables in his saturated masculinity is an extensive symbolic universe built around the purpose of formally penetrating the emotional reality of a person’s inner life, the person in question here being Nate, the Nate of the book who may or may not be the author Nathaniel G. Moore. Indeed, the lines between the materialized aggression of wrestling and the repressed, immaterial brutality of Nate’s home life become impossible to untangle. Like a backstage sequence from a WWF straight to VHS special, where the low-rest wrestling world is marked by neon shabbiness and uncanny artificiality, Moore’s language is broken apart. Sentences seem almost always interrupted by the awkward, sometimes violent insertion of descriptions of objects, mass produced and vile in their lurid non-decay.

From “polyester-cotton-blend tea-coloured pajamas” to “floor tiles (10” X 2 1/4”) […] cornflower blue dishtowels,” these objects, as the narrator himself says “helped ledger [his] world,” become heavily totemic. And when he writes, “this reconstructive surgery hung enormous in [his] psyche even as [he] tried to calm [himself] with distraction and fantasy,” we can’t help but think about the way he’s spliced the language of this world for us, both unbearably material and breezily imaginary, one bound to the next in a claustrophobic cycle. The ephemeral line drawings that pop up unexpectedly throughout the book reinforce this sense of continual return, a too close nostalgia—they seem haunting at the same time as they remain resolutely ephemeral. A knife, a self portrait, a rendering of a poster, these talismans become markers of mortality, not of the author’s but of the life spans of events and fictions, waning between adolescent imagination and life narrative.

Other recurrences: substitutional objects that seem so plastic they can never be exorcised, and mechanical word-parts so tortured that they can never truly be repaired. “I twiddled with some plastic bits from a model glue set,” Nate writes, “I tightened the glue cap, which appeared haphazardly askew, leaking slowly”. These gluey extrusions are an apt description of the memoir’s general operating mode. Sentences and disparate tones, strained and cobbled together, are constantly interrupted by the footnotes that Moore uses as a kind of reckoning device, providing key ‘factual’ information in separated alcoves that begin to feel more and more secluded from the primary site of readerly sociability. Classically, this produces a heightened sense of what should be seen, and yet is hidden from sight and what is seen. The intimate and isolated experiences Moore is narrating become complicated by the demarcations between this private experience (the text) and the public fact (seemingly more objective footnotes), fragmenting the interior landscape of an emotional experience into partitioned events that one finds difficult to consolidate. The reader is led through a series of progressively more secluded spaces, from Nate’s early homoerotic experiences with Andrew, footnoted by an account of the videogames and activities they carried out that summer, to his father’s violent breakdown, footnoted by a rather oblique description of the wrestling game they had attended, to his suicide attempt, footnoted by a letter from a then romantic interest. Often detailing important information without which the memoir could be difficult to understand, or bogged down by daily minutiae, the footnotes become small partitions that are highly secretive and yet appear integral to the text.

Perhaps these footnotes attempt to repair holes in Nate’s experiences, perhaps they are revisions and start-overs, perhaps simply addendums as memories begin to surface. However, if they are intended to suggest a more authentic experience of recollection, they fail. To the contrary, the supposedly factual material provided in the footnotes is increasingly tainted with personal digression. They become stories rather than accounts, they feel both realer and faker than the ‘true text’ they are segregated from, often they turn out to be contradictory rather than crucial. There becomes, gradually, no separation between text and footnote apart from the arbitrary one made by the mechanism of the footnote itself—the writing is stylised, consistent, rapt, convulsive. So, an open secret here could perhaps belong not simply to wrestling, but to memory itself—that narrative, the dramatic struggles between villains and heroes are arbitrarily determined charades, and similarly Nate’s described interfamilial combat might very well be fake. But the violence, as we can see in the building of the text itself, its defensive screening, is real.

Here’s the thing. No one reading anything, a novel, a memoir, or a poem really believes that the events are true in the manner they are being narrated, just like no wrestling fan can believe the matches and their outcomes are based on the skill of the wrestlers alone. So to ‘unmask’ the lie of either of these fictions is really to reveal nothing at all. And now to make our own return: the ghoulish figure from Savage Weekend (1979). Stalking hallways, hooded and sinister, he is masked symbolically, to designate a lethal figure of that-which-should-be-feared, the killer. And yet when he is revealed, his comedic mask, all plastic skin and painted-on veins, elicits an inevitable ersatz B-movie quality. Savage’s potency is in the impossibility of producing a pain that is not mediated by feedback pedals, casio synthesizers and the filter of a disposable camera—pain that, like at our noise festival, Savage Weekend, NC, is still so impossibly lurid, beautifully aestheticized, cool.

Michael Taussig writes “‘in some and perhaps many rituals of initiation, it is the reality of de-masking and not the illusions of masking that is crucial […] It is precisely at this point of revelation of artifice and make-believe that the reality of the spirit-world, far from being destroyed, is deepened, and achieves full force[1].” In our third Savage Weekend, Savage 1986-2011, it is the pretext of de-masking, the promise of the memoir that proliferates a sputtering of identities, fictions, narratives, and lesser masks, each vibrating in different tensions. A field of distortion that is not honest, per se, but is designed to reveal conflicts and instabilities, the glue that holds haphazardly together. As Nate himself finally realizes, there can be no discharge of the powers of representation. No kill switch, no way to pin your opponent and end the match. Savage 1986-2011 is a memoir that lives its fiction as a crime against itself—as a futility of fact and a symptom of truth’s adolescent promise.

Trisha Low is committed to wearing a shock collar because she has so many feelings. She is the author of The Compleat Purge (Kenning Editions, 2013). Remote controls are available at Gauss PDF, Against Expression: An Anthology of Conceptual Writing, TROLL THREAD and others. She lives in New York City.