Paul Vermeersch, Don’t Let It End Like This Tell Them I Said Something, ECW 2014

Like Y2K survivalists and street corner preachers, Paul Vermeersch seems to insist the apocalypse has been upon us for a while, now. However, unlike frightful doomsdayers, Vermeersch revels in this proclamation and, contrary to popular imagination, does not include cerebrophagic swarms, or first-world Ebola, or Bruce Willis straddling an asteroid. Rather, he brandishes a hallucinatory aesthetic, truly visionary, akin to controversial filmmaker Lars von Trier, and fashion wunderkind Alexander McQueen: morbid and glorious, extravagant, obscure, with an almost taxidermic fixation on the sublime and horrifying.

In his fifth book of poetry, Don’t Let It End Like This Tell Them I Said Something, Vermeersch assembles centos, remixes, mash-ups, erasures, ekphrasis, and homage, with characteristically acute clarity and radically inventive forms, to create dismembered and dissected texts. The long opening poem, called “Magog,” echoes Ted Hughes’ “Gog,” which includes the line, “The dog’s god is a scrap dropped from the table.” Vermeersch elaborates on this canine deity:

For the god of the goat herds

with his breasts and eternal erection,

arrange its bones around a round rosette.

For the many-headed dog god, scrape clean its skin.

Even the dog god must be fed.

The dog’s god of “Gog” continues to transmogrify:

gods decline to breathe our air, so be it!

The air won’t pine for them. It’s not so bad

but when the old ones love you, they are lions

roaring, they are man-o’-war! O why

build a warship in a bottle? Without them,

we are solar flares, are we not? Are we

not Electrolux? We are dust, they say.

What opens as a jeweled cudgel of secular scripture, ends with a humorous nod to common household appliances, an odd turn away from the apparent severity of dealing in the sacred and profane. Vermeersch goes on to exploit this slim line between oracular gravity and everyday mundanity in “What the Prophecy Cold Not Foretell”: “There was no warning / at all, no signs in the flight of birds, no dreams to caution us: / the eggs would all be broken, the internet slow.” This forecast, at once antiquarian and online, evokes both the prehistoric awe of dream reading and the petty, futuristic frustration with broadband lag. Elsewhere, in “Stadium,” this dystopian landscape resembles the original Mad Max (1979), hilariously outdated in retrospect, but awfully prescient for its time:

of fibreglass         Some objects to be determined

A mouthguard   Some scraps of Astroturf

Vermeersch is not the first to equate Roman gladiators and NFL superstars, but by blending historical artifacts and linguistic scraps, he creates post-apocalyptic landscapes that are less literal, less tangible than the eschatological imaginings of Blake Butler or Ben Marcus, more figuratively textured, like the fractured intensities of poet Cynthia Cruz, or the garish postmortems of artist Damien Hirst. And Vermeersch exhibits a lyrical elegance and knack for exquisite imagery, as in the first two stanzas of “Elegy for the Jet Age”:

like the skin of a blue and white mattress.

There is an urge to drop up, to land there

softly, with the Earth sprawled out

With artificial genius, they burrow

through the troposphere, en route to visit

The comparison of white contrails to vermiform aluminum reminds one reader of Ecuadorian poet Jorge Carrera Andrade’s tiny micrograms, fantastical, intimate snapshots of the natural world. Or, as one critic remarked about Frank Gehry’s audacious, metallic design for the Guggenheim Museum amid Bilbao’s 19th-century architecture: like a spacecraft that landed long ago.

In all its variation, Vermeersch’s work can occasionally seem encyclopedic and clinical, embracing a kind of Google Earth poetics, where everything’s accessible with the scroll of a wheel. And, throughout the book, a lingering question remains: Who’s speaking in these poems? who’s naming all this? and for whom? There are no real characters to speak of, no recognizable speakers or persistent mouthpieces. And yet, this collection absolutely emphasizes “sustained thought, emotional intensity, and ethical agency,” the requisite elements of worthwhile poetry, as Tony Hoagland has suggested.

Indeed, the collection’s closing pages offer a testament to the polyvocal pastiche that comprises 21st century life, in which Vermeersch co-opts tag lines from Hollywood blockbusters, retail slogans, backmasked messages, radio broadcasts, and poetic excerpts. In doing so, he documents the weirdness of what speaks to us, perhaps the strangest, most authentic depiction of our apocalypse. For instance, “Eye Witness” transcribes the words of three Internet celebrities, including Antoine Dodson, an Atlanta area native whose televised interview received an auto-tuned treatment by The Gregory Brothers: “He’s climbing in your windows. He’s snatching / your people up, trying to rape them.” The result is a jarring, disjointed commentary on communication and language in the digital age. To whom do these words belong? Mr. Dodson? The local TV affiliate that first broadcast the verbiage? The Gregory Brothers? Or do speech acts resist propriety, in an age of endless circulation? Of course, all these questions are complicated, fabulously, by the publication of this collection.

In its haunting finale, Don’t Let It End Like This closes with the last words of well-known artists and intellectuals, including “Do you hear / the rain? Do you hear the rain?” and, “Don’t let it / end like this. Tell them I said something.” By juxtaposing these utterances, by turns profound, humorous, and horrifying, Vermeersch raises a question posed by the character Ely in Cormac Macarthy’s eschatological novel The Road: “When you die it’s the same as if everybody else did too.” Vermeersch includes this quote as an epigraph, a perfect way both to close and to open this complexly crafted book of poetry. 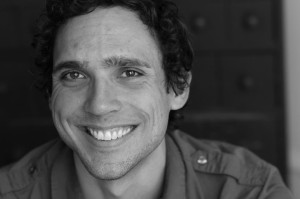 Diego Báez lives in Chicago, and he writes regularly for Booklist. Poems, fiction, and reviews have appeared in Luna Luna, decomP, and the Los Angeles Review of Books. You can find him online at www.diegobaez.com.