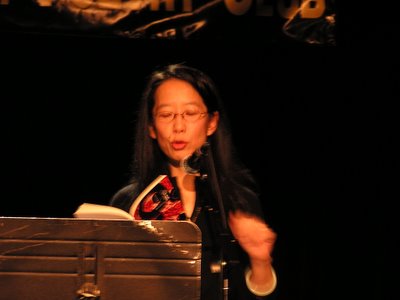 From sight progress by Zang Er

Translated from Chinese with Rachel Levitsky

*NuShu literally translated as ‘female script’ was a written language invented and used exclusively among women in rural southern China. Scripts look like a feminine version of regular Chinese characters, with special signs, slender shape. Because women were not allowed to go to school to have formal education, Nushu was taught from mother to daughter. And used among female friends and lovers. It is speculated to have been used for thousands of years. The earliest specimen collected dates back 500 years or so, a letter on a silk garment from a palace concubine to someone in her family (a mother or sister perhaps) outside the palace to complain about her loneliness since she saw her husband, the emperor, only three times during 17 years… It was used more or less in that vein, women complaining of their situation in the family, sharing and comforting each other through a medium protected by the censorship of the male world, as no man was able to read it. It has basically disappeared from use now that girls go to school and learn standard Chinese. Only a handful of ladies in their 90s know how to read and write it. NuShu was the subject of a recent exhibition at the public library in New York City.