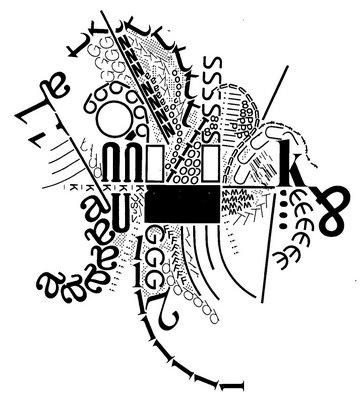 There is something substantial about the two No Press chapbooks I received in the mail recently. This, despite a somewhat hastily assembled quality. One must speak of the quality in a chapbook, after all. Take the excellent handiwork of Jason Dewinitz over at Greenboathouse, each book an absolutely stunning piece of art. Compared to the upstart frenetic pace of publications such as Stanzas, Rob Mclennan’s industrious project out of Ottawa, Dewinitz’s chapbooks seem like gallery objects–and I know because he published one of mine last year. The sheer number of hours that went into the physical labor were staggering, not to mention the editorial and design processes. But that’s not all there is to a chapbook of course: there must be something good inside it, and we must know how to get it. There are a good number of chapbook presses now, and more daily. I suppose that’s the reason for the new chapbook site, I heard about this week. So far it’s an extremely limited selection, but who knows where that will lead.

But on to the books. winnipeg suite, by derek beaulieu is the more beautiful object of the two titles I have before me (last year alone there were a dozen or so published, mostly of Calgary writers, a whole vibrant tribe of them stampeding across the nation). The cover is a detail of a larger concrete poem. There are six poems in all, and my first impression of them, was to think Winnipeg from the air. Even without the title they put me in mind of bp Nichol’s work, though I can’t say at the moment what work in particular, I can say that it was regarding the neighbourhood where he grew up in the funnel city. Having grown up there partially myself, his description of the physical feeling of walking in his subdivision made sense to me. I may be way off, but the churning of autobiographical detail in the flotsam of the Red River is evoked for me in the first one with the swooping lines on one side, the elongated 0s on the other, the ses, hs and gs…bunching up. So too are the bridges and dykes that contain and range over the cities two rivers, the flood of language always a threat, and the rail lines and broken dreams that cut the city in half (likely beaulieau does not intend this with the ds, and ts in the third poem, but I like it). The fourth poem? The forks. The fifth? Well, I’ll stop there. Suffice to say I had a satisfying poetic encounter.

The only quibble I have with concrete poetry is its tendency to make the viewer/reader seem like an idiot. The poet has his intentions. Once the interpretation is given it’s usually obvious–hence the idiot. I’m not sure what to make of such a problem. To require a statement seems regressive, reductive. And yet, when I think of the conceptual poetry of Kenny Goldsmith (whom apparently Sheila Heti dispises for some reason?), or Caroline Bergvall, I note that there are usually prefatory notes, and that they are sometimes essential, and always illuminating. Of course if the intention is to allow the reader to interpret as he or she will, if all that the poet asks is attention, presence, openness, then leave well enough alone. But no giggling when the (re)viewer gets it all wrong. That’s no fair game at all.

Compusive Asphyxiator is two short pieces of fiction by Paul Kennett. This is the kind of fiction that has the potential to live in a journal such as Noon, the Diane Williams publication out of New York. It has the moves, the clipped lines, the odd turns, the absurd conjunctions. The language is almost sparse enough, but not consistently so. Still, the energy is great, and the pace confident, punchy. But for this strand of fiction to work it seems to me that one of two things need to be highly condensed: plot, or language. These pieces hover betwen the two. The pace is often a kind of George Saunders or Etgar Keret gait, but it lacks the turn of either writer (they’re building fast for a reason). Nor are the language, or emotional, or intellectual currents as distilled (a la Lydia Davis) as they would need to be to fully satisfy this reader in any case. I am holding the bar high here, but why not? The chapbooks arrived, and when text goes out into the world it must live up to the standards it bumps into. Promising. Not such a bad note to end on.
**Note: I added the image above because it was kindly forwarded to me in a wonderful high resolution, so now you can see what I’m talking about. Though this is not one of the images from the text, which seem like smaller parts of this bigger one…beaulieu’s latest book is fractal economies, recently published by Talon, who also publish George Bowering, Rob Mclennan, Adeena Karasick, bill bisset, and some damn fine playwrights as well.
Alas I have not yet seen that book, but you can expect a report some time in the future.