MM: I don’t know what the purpose of all reviews might be, but the purpose of the reviews I’ve written has tended to be: to make my thinking visible/palpable to myself, and to make it shareable. I wrote about several books of poetry on the Poetry Foundation blog a few years ago—the blogging format encouraged a kind of easy meandering as well as a special focus, a different temporality of consideration (to invoke some of the terms Jen Scappettone has offered). I was able to move between books and lifestuff in a way not encouraged by print media with more rigid house styles and regularly scheduled outputs.

MM: My approach I glossed above; my method—not so different, I suspect, from that of others contributing here (e.g. Steve Burt): take lots of notes! Gather thoughts! A lot depends on the space I’m allotted—there ain’t no close-reading happening in a 250-word or even a 500-word review, though there might be (and I hope there is) laser-like attention and quoting en route. Again, commissioning venues and media organs partially determine my approach and method: for general readers of large newspapers, I aim to introduce the work, its stakes, its aims, and its texture; when writing for specialists, I might well get down into more nitty-gritty stuff—less exposition, more exegesis and critique.

MM: Avoidance of pablum; energy energy energy; linguistic charge; mental acuity. I’ve written reviews in many styles, for very different forums, so I can’t resolve the matter of a “successful review” into a formula. And then, too, what does one mean by “successful”? That you branded the book, or the poet, or the work, or the ostensible movement? That you got some readers to buy the book? That you exposed that emperor or empress as having no clothes? All of these might be seen in some quarters as “successful reviews.” About this, I am agnostic.

MM: Again, not to seem to be dodging these questions: it depends on the commission. Usually I try to tack between a specific work and a poet’s broader oeuvre, if she has one. Certainly a lot of established poets who are in decadent phases are given a lot of critical airspace; print outlets in particular tend to be interested in covering those poets who have some version of name recognition. (I should say that some of my favorite poets are very established and oft published!) There is, I suppose, a value in noting the ongoing work of once-significant poets: it is of sociological, and poignant biographical and aesthetic, interest, to see how a “career” might go, or devolve. Too often the career or the persona or the reputation and not the work is reviewed—though admittedly it is sometimes difficult to tease these things apart.

MM: My reviewing process shares a fair amount with my scholarship (on 18th-21st century poetries in English, and the human sciences): loads-o-reading, note-taking, drafting. My own poetry emerges differently—not as leaves to the tree, but something more like that than the more “administered” processes of critical writing. What I loved about reviewing, when I started back in the ‘90s, was a sense of actual (however notional) audience—as well as word counts and deadlines. As a poet, one is writing toward eternity, but also maybe toward today and tomorrow as well as yesterday; as a reviewer, one is far more likely to be writing toward the next issue of that review. I appreciated the freedom that a kind of ephemerality bestowed. Some review essays aspire to longevity, others don’t. I like this mix of temporalities, these different burdens and opportunities.

MM: Eh, one of my hobbyhorses is that there is no tradition that I am opposed to! I am really sick of coterie criticism, which too often=not reading and not thinking. Whatever. Obviously there are some modes and idioms and traditions I prefer to others, but one of the reasons I got into reviewing was precisely to honor my sense of my own fairly eclectic interests—or rather to honor what I thought was good and interesting in a variety of zones. I was once assigned a book I thought bad, and diagnostically bad, and was more than happy to say so; I was assigned this by the New York Times Book Review in fact—but they killed the review, for reasons that remain obscure (editors were shifting. . . dark mutterings etc.). At this point my life is too short to spend neurons on crapola, as Philip Guston might say, though I must admit to a grim Schadenfreude every time a William Logan review comes out.

MM: Ange Mlinko’s really funny and scarifying review of Frederick Seidel’s Collected (in the Nation) made me sharpen (I hope) my thoughts in his defense—I hadn’t thought even to have a defense of Seidel until I read such a powerful take-down. Sometimes you need the Bible of Hell to be able to write the Bible of Heaven. August Kleinzahler on Roy Fisher opened up a whole new territory. Andrew Elfenbein on the romantic poet Anne Bannerman restored her to my (and I’m sure many others’) sight. Celeste Langan (at Berkeley) argues persuasively that Walter Scott invented TV. Anne Carson gave me Mimnermos. Laura Slatkin gave me Hesiod. It’s worth noting that there are lots of dead poets who come back into view because of brilliant criticism.

I guess if anything seems to be “missing” to me, it might be a kind of writerliness in reviews themselves: a sense of criticism as itself literary, and literature. There’s lots of workaday prose out there. BORING. Also boring: volcanic slipshod polemic and phallic hooey. That is one reason I really loved David Orr’s review of Billy Collins in the New York Times some years back, unfolded in Collinsy stanzas: devastating.

MM: At this point, as a general principle, I’d advise: No moolah no review. Though I suppose inasmuch as I contribute stuff, say, here, and on Mayday (see that journal’s online forum on criticism), I continue to undertake unpaid critical work.

I think critics are ever more pauperized, as the web flourishes and newspapers die—I hear the gnashing of teeth every day as a member of the Board of Directors of the National Book Critics Circle. But bitching and moaning ain’t going to save newspapers, reviews, literature, criticism, etc.: there’s a new media horizon here, for sure, but we still have brains and we still read, and conversations will continue, and surely some wily editors and writers will find ways to monetize things. But I was never in this for the money—it was about connection, conversation, and argument.

MM: As someone who’s been brought to innumerable texts by reviews and reviewers, I have to say, yes indeedy, reviews bring readers to texts. And as far as what I hope to achieve—well, it was always about honoring the work, in its excellence and defects, and stimulating more good work. I am I suppose always writing for the poets, and for students of any and all stripes, as well as for myself.
_______________________ 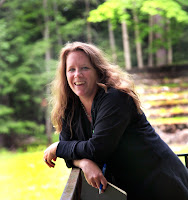 Maureen N. McLane is the author of Same Life: poems (FSG) and World Enough: poems (FSG, forthcoming 2010) as well as two books of literary criticism: Balladeering, Minstrelsy, and the Making of British Romantic Poetry and Romanticism and the Human Sciences. She teaches as NYU.