George Murray’s Whiteout is a book about those moments when life’s curve balls, whether pivotal or minor, make you reconsider the decisions you’ve made, and where they have led you:

a snowflake lands on your eyelash and blurs

the scene; stretching the instant an instant

The opening poem, “Dante’s Shepherd,” revisits the first fifteen lines of Canto XXIV of Dante Alighieri’s Inferno, establishing the tone of the collection: when bad things happen we can slap our thighs and complain “like some poor wretch who doesn’t know what can be done,” but life will go on.

The influence of Dante’s terza rima is felt in “Brushfires,” a poem about the painful aftermath of a broken relationship. Playing with enjambment and an interlocking three-line rhyme scheme, Murray makes form and content work together in haunting ways:

of bodies, dumped freight washed up in the surf,

broken on the pavement beneath barely

there buildings, or even camouflaged

in the charcoal and atomized silicate

of a brushfire, but harder to tell which vague

strew ember was once man or woman,

or which was both…

In “The Uncountable” we are offered existential reflections that invoke a Kantian exploration of a priori knowledge:

power one has over the other without

the intrusion of our invention;

The language of quantification and appraisal recurs throughout the book. Taking account of his life, the poet marks down the gains, subtracts the amounts owed.

With “Innocent Bystanders” the reader confronts a couple eavesdropping on another couple arguing next to them. Murray’s shifting rhyme schemes register the emotional turn in the first couple as they begin to fear hearing traces of their own quarrels. The power of the poem is diminished, however, when we encounter a very similar scenario in “Pareidolia.”

“The Definition of Zero” almost overstates the book’s project of evaluating one’s life and one’s worth. The poet steps up to the edge of the void, examines it, analyzes it, attempts to describe it, but comes away with little more than self-pity. The candor of the wonderful “Ligature” poems and the insight of the “All These Waves” series are missing here.

Murray’s formal constraints, simple language, and ruminations give the reader much to consider. But if his project is to find order in chaos, the attempt falls short: the poems offer too few answers or resolutions. Perhaps to want answers is to ask too much of a collection likely written in a period of chaos. Yet the penultimate poem, the title piece, elicits such a desire as the poet remarks, “this is where the road ends, / notwithstanding the memory of the path / continuing around the bend.” The narrative of the collection, if I can call it that, does wrap up quite neatly with the last poem, “Cantus Firmus (Spring Morning).” After a deluge of midlife metaphysical crises, the poet announces that a “thought came to me through this accounting / subtle instance of near understanding.” Despite its concision, the sentiment feels tacked-on rather than organically achieved. 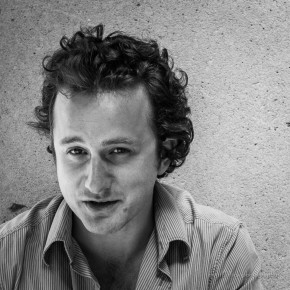 Alexander Rock is a writer from Montreal who recently earned his MA in creative writing at Concordia University. His translations of Québécois poets Danny Plourde and Alain Farah can be found in Matrix magazine. He also collaborated on a translation of Louis Patrick Leroux’s play Dialogues fantasques pour causeurs éperdues, which is forthcoming. He is currently a Ph.D. candidate at the Université de Montréal in the English Studies program.