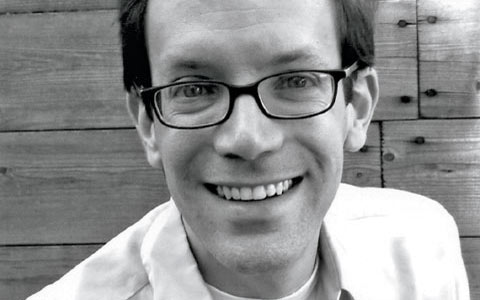 An Atlas of the Atlas Moth

Now I am an adult & I will never eat again.
All the weight & elaboration that ever took in
a morsel of anything
save air & sex have fallen away
& remain in my soft cocoon, whose lost array

of silk will last longer than I do. In Taiwan, a girl
can take it to market, pin ribbons on it, & fill
it with a few brass coins.
As for me, saturnine, spread out & almost
immobile as long as the sun shines, I am host

to a fleet of sparkles: slightly awry, divided
in half by my own body, I can bide
my time on any leaf
or parked car’s hood, till lights outdoors grow
cool & breeze sends me down again into my slow

glide in search of a mate. There are parts of me
that anyone can see through. Transparency
like mica occupies
my awkward fourfold wings. I am nearly hollow:
wind, love & oblivion veer up & down, & I follow.

It makes a certain sort of sense—
you don’t have to like every flower you see, for example,
but you do have to give it a try;
clover blooms with their blanched
and tiniest petals, like architectural models
or a child’s diagram
in a world built only for children, who keep going wrong,
yanking the wrists of distracted caretakers, not knowing
the only real world is the one they have. It is shaped
more or less like an olive, round
but irregular nevertheless, and tangy inside.
They put in something extra for the parents,
vague, but worth advertising: its nickname is silence,
its value tallied only after the fact.
Inside, as in a snow globe,
we saw a cheerful row of wooden
pallets holding up stacked 2x4s,
good omens for an otherwise difficult day,
portending tax overrides, storms over school construction,
a fortune in confusion, wisdom’s end.
Why, for example, do sports people
have numbers on their backs?
Where do the buses go
when they go home? The agile flag
in our park is happy to pick up the toddlers’ questions
and store them in its ever-popular roots.
But they are us,
that’s what they say.

Incapable of glowing
under my own light, I spin
instead. I do my best work when you are in bed,
either quiet & wide-eyed, or else asleep & unknowing,
& though I have an infinite supply
of darkness & silence, I let it all go by,
preferring not to scare you with the void.
I cut up my space into parts, & the parts fit in
to stories: the boy who grew a giant fin,
for example, & others you made up, the anteater’s tail,
the trapezoid you named the cellular phone—
absurd or anachronistic, but no more so
than the camel, the hunter’s belt and torso,
the dog star, the giant ladle, the lesser whale,
a cross to light the flags of southerly nations.
A wise
young gazer will memorize
not just the names for made-up constellations—
those dotted lines, those rules religions trace—
but the ranks of the stars themselves: keeping close to my face,
the attentive child past his bedtime sees
dim numbers that connect the faintest dots
to their glow-in-the-dark parameters, the plots
that cut my sphere
into right angles, minutes and degrees.
He finds in that firmament
no sign of human intent,
not even to ask what we are doing here.

Stephen Burt grew up in and around Washington, DC, taught at Macalester College in Minnesota from 2000-07, and is now Professor of English at Harvard. His most recent book is The Art of the Sonnet (written with David Mikics). His other books include Randall Jarrell and His Age, The Forms of Youth: Twentieth-Century Poetry and Adolescence,Close Calls with Nonsense: Reading New Poetry (2009), and Parallel Play. He is also the editor, with Hannah Brooks-Motl, of Randall Jarrell on W H Auden.

Poems from Belmont, due out with Graywolf in June 2013. “Exploring the Suburbs” (first appeared in Congeries), “An Atlas of the Atlas Moth” (from ILQ), and “First Astronomy Globe” (from 32 Poems, also in the Best of 32 Poems anthology).