She had a raw mouth for twelve,
barely-there breasts and a name that made
her reckless and surly by turns.

She liked to be touched and could see
it might be her undoing, she fended off
advances with savage fatalism

or shifted just out of reach like a sunbather
avoiding a creeping block of shade.
It was wrong to want the kind of attention

boys were willing to give her
and she circled as close as she could
without brushing against it,

she brushed against it with her eyes
averted before startling away
like something scalded.

I was embarrassed to court
her company but risked the taint
for her reputation’s promise,

hand working beneath her cotton shirt,
fingers grazing the surprising length
of a nipple before she bolted,

though never far enough to shut the door
completely. That crude tug of war
was everything on offer between us

and we chafed against each
other with a sour sort
of affection.

A dark patch of ocean blisters up near
the gunwale with alien deliberation,

a projector’s heat before the grappling
hook of the dorsal fin enters the frame,

pinning the shapeless shape to a name,
to identifiable attributes and traits,

times for the little mystery’s slow-motion
resolve, for that rough kiss so impulsive

and unexpected it leaves the diminutive
wooden boat shaking on the ocean. 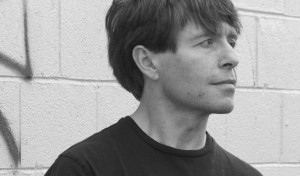 Poems from Under the Keel, Michael Crummey, Anansi 2013. Reprinted with permission from the press. You can hear Michael read in several cities in the weeks to come.