to mother as an aid to memory

You become a different person than you thought, some intimate animal falling over itself. These bones build a holy sepulcher for blessed days. More doused in the litter of being human, what we think we need to survive as a species seems to supplant survival. Some other earth transforms these ordinary objects into childish distractions. How do you know what you have lost, never having explored the depths of your world?

Beware swollen throats, beware swollen neck, swollen cheeks, red/ white patches in the back of the mouth. What have you stowed away? The endless fly flying around the room. There is another form of patriotism this summer, with a money back guarantee. There are more specifics in a single species than you could shake a stick at, but the pelicans ran in two single filed lines: white and brown.

“opening words:” to see the moon

Don’t look there to be told how to live. Flexible tones that bend more than bind: think of it as a woman with the domestic falling down. Politics imprint their own deranged rooms or any framed portraiture. Know exactly where you are going before you envelope the loam. Manufacture a close fitting death shroud for lovers who lie to one another. Notice how the structure becomes more secular in the act of being desanctified. Now you can say anything you want to in this modern life.

Circle the bedpost in a loose embrace with unwound shirtsleeves. Remain empty as the sky parts, here: cowlick, unopened holiday greeting cards, coffee grounds. The congress convenes without the Queen of Hearts, another princess bends over to fit a shoe. The rats sneak quietly beneath the city having secured their method of escape and their plan for revival. Gross economics could account for the butchery of the language on public signage.

smaller than this creviced device

The land nearest the ocean has yet to be fully claimed. Any night where the children are sleeping is a good night—it’s that simple. There’s always the realization that you could have been a better you. Why is it so hard to fathom that the poem is itself a fiction or this afternoon or this carefully constructed hour of night?

Many poems from Megan Burns’ collection Sound and Basin have similar preoccupations and formal articulations regarding “the mother as an aid to memory.” The entire book explores disaster, natural and man-made, human and ecological. Throughout the collection, Burns also considers the limitations and possibilities of language and memory to process destruction and its effects. This consideration is contextualized personally and culturally as well as situated socially and politically.

Environmental and personal loss seeps between lines in this piece. Like the mother gathering thoughts while “the children are sleeping,” the poet arranges beds of prose in which issues such as survival, the ways environmental catastrophe can inhabit the body, the inane rhetoric of disaster politics, and corporate control rest soundly.

The first line of the poem relays a painful rawness, an “I” unrecognizable—“some intimate animal falling over itself.” “Doused in the litter of being human,” children ominously find amusement in “ordinary objects” of destruction.

Connections are forged in the second stanza between both human and animal. Burns urges us to reflect on body-memory—in swollen throats and necks and cheeks and mouth, where potentially poisoned bodies are delineated by color, with “filed lines: white and brown.” Prose forms act as bodies in themselves, and the single lines separate them as gestures, arms pointing to the abstractions of misfortune lurking between selves:

Unlike the majority of poems in the collection, this piece contains no caesuras, no forward slashes. There is a marked cohesion in terms of the more traditionally lineated prose because the poem lacks breaks and gulfs relative to visual occupation. Still, the poem is replete with cognitive leaps or swerves that the reader must negotiate. Reading the fourth stanza, for example, the quotidian of bed post, loose embrace, cowlick, and coffee veer to the political as “the congress convenes.” The media swiftly turns its back to catastrophe for the public’s short attention span, and the rats as quickly secure their route for revival.

In her essay “Ecopoetics and the Adversarial Consciousness,” Jill Magi writes “What is interesting for me as a writer is the potential of poetry to denaturalize language, to insist on language beyond the scale of mass-communications and dictums” (246). Burns’ poem does engage this potential, in part by way of the various narrative strands that can be followed. Burns furthermore insists on language beyond the dominant discourse. This is not a British Petroleum commercial, post-Deepwater Horizon, faces smiling and mouthing that everything is going to be fine. With “the butchery of language on public signage,” Burns reaches beyond mass-communications. With “the poem itself as a fiction,” Burns belies the dictum. Multiple narratives carry the simultaneity of thought in human memory. Further, these multiple strands expand the political and personal beyond individual perspective, suggesting the broader local and global community.

What exactly does the title signify? The figurative meaning of to mother is to be the source or originator of, give rise to, produce (Oxford English Dictionary). Burns chooses the infinitive. Mother acts as verb. The word operates in its base form, where action in lieu of actor carries weight.  To mother our experience through language matters. 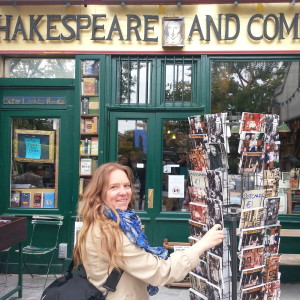 Deborah is the author of the poetry collections the last will be stone, too (Stockport Flats), Elements (Stockport Flats), and Our Parenthetical Ontology (CustomWords), as well as a novella in verse, Hélène (Furniture Press). She has published several chapbooks, most recently Keep (above/ground press). In addition, Deborah co-edited Between Worlds: An Anthology of Fiction and Criticism (Peter Lang). Her writing has recently appeared in Handsome, Eccolinguistics, Coconut, Shampoo, seventeen seconds, Turntable & Blue Light, and Denver Quarterly. Deborah is assistant professor of English at Pace University, where she curates the annual Handmade/Homemade Exhibit at Mortola Library. For more information, please visit www.deborahpoe.com.