A THEORY OF STATIC

The world is everything that is the case. A case is a situation that requires investigation, especially by a formal or official body. A body is the physical structure of a person or animal, including the bones, flesh, and organs. An organ is a large musical instrument having rows of tuned pipes sounded by compressed air. A kind of locality. A kind of breath. In my nightmare, the sheets are neatly folded, God may or may not exist. A body without the visual representation of the human figure, wallpaper without reference. A kind of scene. A kind of weather. A school of vibrantly colored fish move with the current, their numbers are enormous, their movements in unison. Movement is the act of changing physical location or position or of having this changed, the arrival or departure of an aircraft. A kind of position. A kind of flight, a theory of images. An image is never static. Static is the random hissing or crackling caused by the interference of electrical disturbances in the reception of radio or television transmissions. A kind of channel. A kind of furniture. The lawn chair left by the pool. A neon sign by the window. A kind of window. A kind of pool. A ripple spread in concentric circles, the suggestion of terror, the terror of suggestion, the possibility of fire.

A THEORY OF NATURE

Abstract images begin to form. The film continues beneath the titles, brilliant against the darkness, the ghost-like apparitions fighting a current as if caught in the whirlwind of time. A description of time (time), a description of the just-world fallacy, the image of images suggested by other images. I have cleaned my teeth.  A custodian walks on to the stage as if by accident. As if by accident, the audience applauds. Something about the audience (intentional), something about intention, something about the molecular consistency of glass. Hear the sound of wind, hear the sound of wind in wind in wind, the suggestion of the danger of climbing without proper experience or protective equipment.  A definition of the word equipment, a distinction between the body and the body, the wrist and the hand. Hear the sound of moving furniture, hear the waves as they crack against the silicic shore, hear space theorized as terror, hear terror theorized as social being.  My father is a law professor, my mother works as an assistant principal at the local school. From the photographs I found in the attic I was able to piece together a graph. A landscape is always composed of pieces, but the opposite may be more interesting. A wind turbine hums peacefully in the distant fields. A description of the difficulties involved in distinguishing between various species of birds, of the words “between” and “various.” The horizon is folded and then folded again. 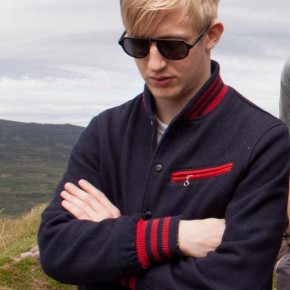 ee has lived in both Maryland and Utah. He is currently studying at the University of Cambridge. Recent work is published or forthcoming in journals such as The Laurel Review, Everyday Genius, Salamander, The Atlas Review, Dear Sir, Hunger Mountain, and The Cortland Review.