The Mall is Closing

I will always get the wrong
sweet. It’s not that—it’s not that, but impulse
is a high-fructose corn syrup something something
razorblades. How about let’s kill nothing
not even our own indecision because it is a warm bird
body under its feathers. Bless you
in the back aisle I can’t see what you are looking at
but what a tender outburst. Cue the thousand
thrashing dragon heads and why don’t we screen
in the porch to keep them out? Your face
and its alphabet of pinks. I have looked up
your nose in every possible way: I have seen the curtain
folds of your literal brain and still I don’t know how
you get to work. Next time I will change
your wiper blades with my own hands, surreptitious
sock puppets that they are. I will slapbox with you
or myself in the bathroom mirror until we are so embarrassed
we marry the untouched coffee cake. A skylight is
a ceiling drain and my god is outside-this-room
a good caver. How did we ace this audition for
the mall is closing and here it
comes: the fragrant publicity that suffocates
entirely its lightboxes.

Your hand here
on the canyon’s thigh
the cliff of a lip
the proper highway.
The coyote’s arthritis is more like a sunset
than the canyon’s trust fund
which is endless
and guarded
and its guardian is
gardening howls in its belly.

Make way for the bridge as its making
way for girls. This is the modern way:
no way but the thighway.
How does the canyon get home
by the end of the day.
The end of the day has good
young knees and can go down hills
well as up and is the coyote’s
primary caretaker
in an assisted living facility called
what, are you lost?

A gloss over globs:
a clause if you’re lost.
For the left behind the canyon offers
a limited time vacation package.
Really it’s a box that arrives
when you’re lost
and guides you along the dried river
blossoms and whispers your mother’s
disappointment at your not becoming
a proper highway. You dont even know
what the ad was for but it made you want
a glossover clause, as in
if you do not see the coyote’s pain
reverberating in a motel scene your head
in the sink your mother’s brazier calling
itself a brazier and the highway
alone in a girlish plane.

The canyon wants you
for its primetime hit series
called skirt burden
o girl you are lost.

After the crash your lessons
were private and no one
could tell better what a desert should cost
but you were so worried
when the canyon went quiet
and the coyote’s pain
at the end of the day
told you highways
are mothers at home
when they’re lost. 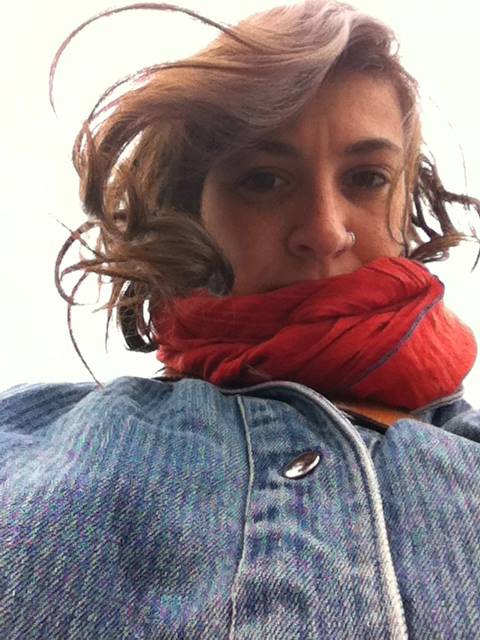 Rachael Katz works as a teaching artist at the Just Buffalo Literary Center in Western New York. It is glamorous work. Her work recently appeared in Wag’s Revue, Gigantic Sequins, and is forthcoming in Matchbook. Her chapbook  Any Berry You Like will be out from iO Books this summer.