excellent excuses.
Four of my firstborns
–three of them bastards–

two brinks of despair,
one portent of disaster.
And O, the moon you asked for.

With the smirk of a girl
not scrubbed from my gob
I swung hard with the oafs
strewed my years like pods,

spread my smock
on the rutted field,
spun stars in a giddy fog.

Now light as a sprig,
I swig dregs from the jug,
and I rattle my gourd
with a scoured mug.

CURSE OF THE MAGDALENE

Slung like a sack of cats out of every bar.
Stripped to the waist like a witch in the village square.
Stoned. Star-struck. Kissed.
Kissed on the mouth by God’s gift.
Show-off. Bitch.

All night in his lifeboat my father sang
to keep the voices of the other men
who cried in the wreckage from reaching him,

he sang what he knew of the requiem,
of the hit parade and the bits of hymns,
he sang until he would never sing again,

scalding his raw throat with sea-water
until his ribs heaved, until the salt
wept from his eyes on dry land,

flecked at his lips in his squalling rages,
streaked the sheets in his night sweats
as night after night the reassembled ship
scattered its parts on the shore of his bed,
and the lifeboat eased him out again
to drown each night among singing men.

from Inheritance, Kerry-Lee Powell, biblioasis 2014 posted with permission from the author and the press. 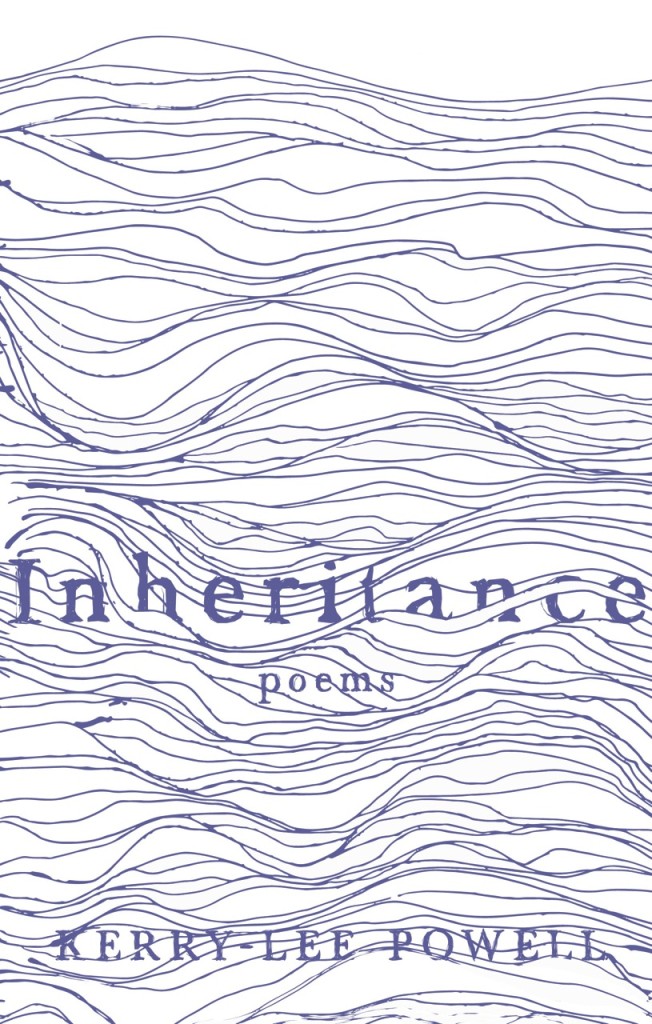 Born in Montreal, Kerry-Lee Powell has lived in Australia, Antigua, and The United Kingdom, where she studied Medieval and Renaissance literature at Cardiff University and directed a literature promotion agency. Her work has appeared in journals and anthologies throughout the United Kingdom and North America, including The Spectator, The Boston Review, and The Virago Writing Women series. In 2013, she won The Boston Review fiction contest, The Malahat Review’s Far Horizons Award for short fiction, and the Alfred G. Bailey manuscript prize. A chapbook entitled “The Wreckage” has recently been published in England by Grey Suit Editions. A novel and short fiction collection are forthcoming from HarperCollins. Inheritance is her first book. You can follow her on Twitter.