“The Brave,” a poem in Ken Babstock’s third collection, Airstream Land Yacht, contains a good account of the disdain poets feel for work from outside the tribe:

It wasn’t quite right. Lacked focus.
Might have tickled the kids, the simple,
Or those others on that other coast,
but not us. It wasn’t what we liked.

It was riding a riptide of research
from Pittsburgh. Big deal. Where
was the spit, the spark, the goatish
smell of the real? Who could tell air

from gas, music from dirge, dinghy
from ark amid all that saleable merch?
I’m saying we didn’t like it.
And we didn’t. How much? Not much.

The three short sentences in the last line of that excerpt summarize one of the two major feelings a reader will have about poetry. The poem containing the title of Babstock’s second book gets at the other, more vulnerable emotion:

The first book you truly
understood
sent your days into

whatever soft metal
those chicken arms
could bend.

(from “Another Dim Boy Claps”)

If you are the kind of poetry reader who needs proof that the book in your hand was written by a real poet, Babstock did win the Griffin for his fourth book, Methodist Hatchet; following the rule that prizes are given two books late, though, Days Into Flatspin’s the book that will persuade you: its mordant, self-contained poems, with Heaneyesque titles such as “Bottled Rabbit” or “Thingymajig,” teem with satisfyingly just-so descriptions (a tractor’s seat is “a metal palm-/leaf saddle burnished to a beach stone’s gleam // that said a scooped-out I love you to any-sized ass”), and throughout Babstock speaks with the urgency of someone who has found something he needs to talk about, in a way a reader will want to read more than once. A poet who publishes a single poem with those qualities goes on the list of people to seek out to read. Poets who manage a whole book like that — buy their books.

Read them, even when they are strange and recalcitrant, especially then — they are feeling in the darkness and need to know someone is waiting for them to sing out again. “SIGINT,” the forty-some page sequence that opens Babstock’s fifth book, On Malice, has flashes of the kind of language I crave from poetry and almost never find:

Eleven years of green bread still
nobody, dear Lord, isn’t oneself,
but thank you. Isn’t that right? Give them a picture

of no bread, a mean flower more bush
than the love in their heads, a picture
of will separated from matter and head stuff.

The green being flensed, combed out, rehashed –
chesnut? beech? A severe
grade, the cobbles and brick fragments boiling

through topsoil. Night hikes up here
and chases out shreds, Finnish wind. A fragile
lantern tarp rags are whipping at.

Despite the prospect of a life where tainted food is normal, “Eleven years of green bread still” is a line the music of which — the vowel length waxing and waning as the line goes on — makes me pay attention, the sense still just distant enough from lived experience to pull me into the other time of reading. But that sense. In Babstock’s work up through his third book, there’s a fairly clear contract — the words will parse, the plot will not be lost. Something else is happening here, but what?

Green bread I see the problem in, I understand to prefer it to the absence of bread, and can just about feel my way into a comparison of the lack of food to a flower of hostility. In turn, I can tell myself this meanness is both the noun and adjective senses of “bush,” but we’re already approaching a limit of affect gymnastics, and then to connect this with the vague “picture / of will separated from matter and head stuff”? Babstock has not generally been the kind of poet to replace the grit of lived experience with placeholders. And yet, the poem comes back: I see and feel the steep hill getting less green as it rises, the broken rock and dirt, a tent at the summit with a lamp lit, and the momentary pause to parse the last line. It feels lived, and the feelings, when there are feelings, are physical — I tense at the word flensed.

“Sigint” is an abbreviation for “signals intelligence,” a worthy subject for a poet to ruminate on after Edward Snowden’s revelations, and Babstock confirms in the notes that the imagined setting of the sequence is a defunct NSA listening station in Berlin. The setting doesn’t appear to figure in any narrative developing in the poem, but I stop short of dismissing the notes as mere spooky window dressing. What the sequence is, is a meditation on animality, humanity, and divinity, need and pain, and learning; terms and tokens echo and rebound from poem to poem like musical motifs, not quite like the repeated lines in Berrigan’s Sonnets or Hejinian’s My Life but in that spirit, recombined and shifted enough to surprise and draw the reader in and push the reader away. That pushing and pulling is the alternating current that powers this poem and most poems of our time (beyond my pay grade to say whether it’s the main force in the entire culture); Freud called it the fort-da game.

That all money
removed from this world

can read as simply non limit, or
it can go round again. No
earth. No lost limit. All

the children love their limits
more than their fathers.

The notes also indicate that Babstock drew “source vocabulary from Walter Benjamin’s records of his son’s language acquisition between the ages of two and six.” I don’t have the Verso volume Babstock cites to hand, but I have no reason to doubt his word. In any case this feels more like a genuine clue to the poem’s import than the location information Babstock provides in place of a closing couplet (he says they “imagine collisions between light aircraft and common swifts in what would have been Soviet airspace”). The next poem after the one above about limits begins in the voice of a small child, “You don’t have to go anymore, / read to me.” It’s a bit of a stretch, but it does feel as though Babstock, who has a young son, is figuring modern paternity as a kind of cold war, or at the least, a state of surveillance and intense effort to decode patchy signals. The sequence is often gorgeous, but feels incomplete.

The other major sequence in the book, “Perfect Blue Distant Objects,” on the other hand, feels so finished it’s work finding a way in. It begins with Ashberyan imperatives, as if talking to a painter: “First imply the distant blue idea / to please. Place objects / of magnitude too close in space, in fact / obtruding…” Grand assertions are made and the first-person suppressed, possibly quarantined? “Distant space borders / on an object because / one confined boy touches a mouldy I.” At times the poem feels like a meditation on the ethics of poetry and a despairing critique of contemporary letters (“No description of matter, no description matters”); at others there are intimations of power (“With interest, they repeat the forms of sensation: // a mere twenty took the isle of Jamaica.”). After rereading the poem a few dozen times, I’m prepared to accept that the reader’s role with “Perfect Blue Distant Objects” is eavesdropping, guessing, playing along. The book’s title can be found there, and with it the possibility that the book is Babstock’s rehearsal for explaining the most incomprehensible parts of the world to a person he is completely responsible for:

Very seldom are reports, raised, or any

on malice, constantly juiced on malice. We are

ignorance makes of a defective reality, out

actual monsters and all their quaint little bugs.

That acknowledgment of human ignorance and frailty, when compared to the two early poems I quoted at the beginning of the review, makes for less of a compelling rally cry than the cold disdain of “The Brave”; it has more to do with the awkwardness that follows enthusiasm in “Another Dim Boy Claps.” It’s a positive development, if incomplete. It gives me reason to think Babstock is on the point of finding something new to speak excitedly about. I look forward to it. 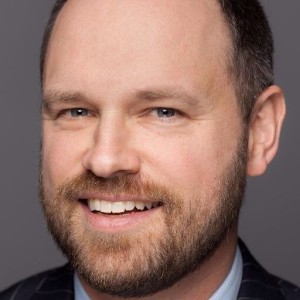 Jordan Davis’s second collection, Shell Game, is forthcoming from Edge Books. With Chris Edgar he edits Ladowich, a monthly journal launching in the Apple Newsstand December 2014. He divides his time between Appalachia and the greater metropolitan New York area.