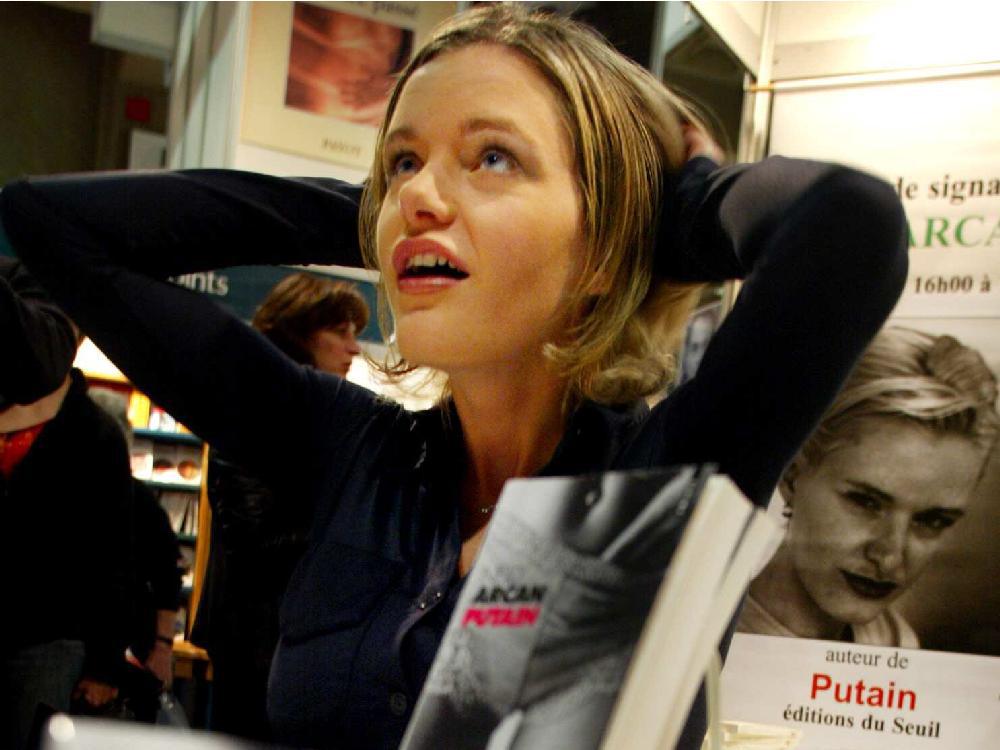 In 2007, under the direction of Jérôme Garcin, Seuil published an anthology titled New Mythologies. The anthology’s title was a nod to Roland Barthes’ Mythologies, which had been published fifty years earlier. The 2007 collection wished to explore the mayhem of the 2000s. Nelly Arcan was asked to contribute and she chose a timely theme: speed dating.

SPEED DATING is a way of meeting people of the opposite sex “in bulk”; it’s a staged device for large-scale introductions. It’s a carnival through which you meander in order to find that one shoe that fits. The speed dating framework does not allow for any ambiguity—an essential element in the seduction game—and very soon the vertigo of a new encounter is replaced with a feeling of déjà-vu. These encounters, structured as they are by their built-in routine, turn into bingo games, practice rounds.

There is no real possibility of courtship in enclosures where couples are matched so mechanically. But, after all, courtship itself has become too laborious for us now; we live in a time of self-economy in the interpersonal forum, which is why speed dating especially interests professionals with jammed calendars, professionals used to pencilling in openings and deadlines, professionals for whom the first impression, like a costume plastered on a stranger, means everything.

“This time it’s good,” confides a man one evening. We’re at a hip bar with a chill atmosphere—the scene is halfway between Ally McBeal and Sex and the City. “Last time all the girls were lame.”

It’s now possible to separate the wheat from the chaff, the fuckable from the useless. Speed dating knows its clients’ needs and helps them to manage their most precious commodity: their time.

In a given location, often at a bar or in a hotel conference room, speed dating organizations gather an equivalent number of men and women who are then sub-grouped by age. Each party gets a rotation of face-to-face introductions. The women remain seated at a table while the men, out of gallantry, move through the room at the sound of a bell.

These tête-à-têtes, lasting between five and ten minutes, have two rules: don’t exchange numbers and don’t tell anyone whether or not you’d like to see them again. Speed daters spare one another’s feelings by allowing their organization to manage their fuckability. The speed dating organizations are charged with coupling up those who have, willingly or not, chosen each other via the ratings of their “selection sheets.” Little success, lots of losers, and more misses undoubtedly emerge once participants meet outside the confines of speed dating, where reality, coming on like an accident, knows no logic and hits any and all newly formed couples. Doesn’t matter. In a world where the inventors of speed dating, who dub themselves “love facilitators,” work for you, any absence of a reciprocity of feeling remains confidential.

There are no individual losses when the wooing framework itself makes losing the most common result.

It is in this avoidance of individual vexations that the experience of speed dating, which should be stressful, but which, according to regulars, is apparently not, shows its real end goal. Speed dating, above its camp props, shelters its participants from being rejected by those they’ve chosen. The element of mediation eliminates the possibility of rejection. Beyond offering the spectacle of individuals spread out in some guise of choice, as a sampling for rapid evaluation, speed dating is a machine that secretly digests the succession of rejections to which its participants are subject.

There are no individual losses when the wooing framework itself makes losing the most common result. A speed dater dabbles at dating while skipping over the real risks of courtship. Their luck is dependent on results, on the group, on the organizers. It’s never personal.

That the search for love has become akin to bulk shopping isn’t shocking. Consider the dating profiles that already proliferate on the Internet and in classifieds. Speed dating may be the last bastion. It’s an attempt to capture love in a net of criteria and in bitefuls of time. It’s a part of our contemporary myth of self-promotion, of reclamation and accumulation. However, when probabilities are factored into this myth of manageable feelings, in the fabrication of conditions designed to foster their emergence, these very conditions are destroyed. Because to seduce someone, to win them, you have to know how to lie in wait somewhere he doesn’t know he might find you.

Excerpt from Burqa of Skin (Anvil Press, 2014). Used with permission of the publisher.