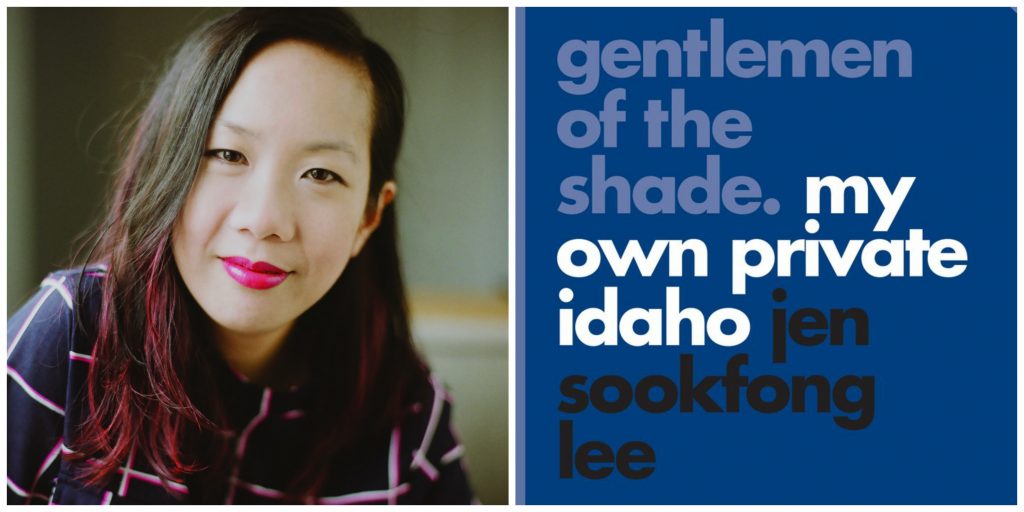 RISK, ON AND SCREEN OFF

At 15, when I first watched My Own Private Idaho, my sexuality was still a fetal idea. But even though there are few women in the film, the experiences of Mike, Scott, and their group of street hustlers carry many of the same ideas of risk that shadow young women as they begin to make decisions for their sexual selves while other aspects of their sexualities are imposed upon them. In one of the early scenes, the young men are eating in a Chinese diner and sharing, to the camera, the stories of their first bad dates with violent johns. Digger, played by Michael Parker, who had, for a time, lived on the street in Portland before acting in a series of Van Sant’s movies, recounts how a date “. . . basically raped me, stuck a wine bottle up my butt.” They tell their stories flatly, with little emotion, but the pain is there, in their hesitations and how clearly they can remember small details. “There was nothing I could do,” Digger says quietly. “We were in the woods, in a thicket.”

These are their first bad dates. They continue with their street hustling, perhaps because they need money or lack other options. The film never explicitly discusses why any character engages in sex work, but there is an implication that this life, even with the inherent risks, is wide open, that each day can be filled with everything or nothing, and that the focus on lived experience, rather than school or traditional work or obligations, is the real way to understand who we are and what we’re meant to be. The young men might be running away from families who were neglectful or abusive or disdainful, but, in between and sometimes during dates, they also have fun. They ride motorcycles, play pranks on each other, shout joyfully from rooftops into the early morning air.

The idea that risk could be acceptable, or that it was an inevitable part of being intensely alive as a whole sexual, physical, and emotional being became an enormous part of how I made intimate and not-so-intimate decisions from 1991 onward. And so it was with Mike, the moral center of My Own Private Idaho, with his startling innocence and unprotected heart.

Mike, as written by Gus Van Sant, is a vulnerable, overgrown boy. He collapses unconscious on sidewalks, where he could be robbed or beaten. He has sex with men for money, even though these dates often carry a heavy weight of intimate risk. And he is in love with Scott, who approaches his life with pragmatism and forethought, planning and announcing in advance his departure from the hustler’s life. However, even though the role was written by Gus Van Sant, it’s also River Phoenix’s performance that adds a viscerally childlike layer to Mike and his relationships.

River Phoenix was, by 1991, a critically acclaimed actor for his performances in Stand by Me and Dogfight, but he was also capable of acting in commercial hits, like Running on Empty and The Mosquito Coast. By the time he had finished filming My Own Private Idaho, at age 20, he had been supporting his entire family with his acting career for eight years, ever since he played the youngest boy in the television remake of Seven Brides for Seven Brothers. In many ways, unlike most 20-year-olds, who are still in school or bouncing from one entry-level job to another, he was an adult before his time with an adult-sized load of responsibilities. As Mike, with his clumsily executed jumps and kicks, his awkward expressions of love and joy, there is a distinct hint that River Phoenix, despite living a very grown-up life, was much more a child than his job or family would suggest.

In Last Night at the Viper Room: River Phoenix and the Hollywood He Left Behind, author Gavin Edwards offers a theory for River’s high-spirited energy in this performance. He grew up on a commune in Venezuela as part of a group called Children of God, whose leader mixed tenets of Christianity, ’60s-era counter-culture, and sexual freedom, which included, among other things, the celebration of children as sexual beings. Throughout his life, River Phoenix gave conflicting answers to questions about his childhood, sometimes hinting at sexual abuse, sometimes dismissing the Children of God as no more than a hippie community that his family left for practical reasons. However, what was always a part of his story was that the Phoenix children grew up without formal education, often without outside friends, and were encouraged to perform as buskers or actors from the time they were school age. It’s an easy connection to make that River, who had lacked stability and a childhood free of adult concerns, felt an emotional commonality with Mike, whose own past, with a mother who struggled with her mental health and an older brother simmering with rage, was riddled with neglect and inconsistency. Seemingly, River had experience with growing up before he was ready and understood how Mike’s desire for a traditional childhood could manifest in his gangly physicality and his exposed innocence, both voluntary (his willingness to tell Scott how much he loves him, a scene that Gus Van Sant has said was partially written by River) and involuntary (his narcolepsy). Mike wants to experience unfettered, childlike joy, and he does this by never saying no to a prank or spontaneous trip around the world. He allows himself to feel, even if his heart might break, because there’s a possibility that it might not. It could end violently or sadly, or it could all end with happiness and love. Like a child, he absorbs experience. Like a hurting adult, he compensates by running headfirst into everything that’s offered to him.

These decisions may have been dangerous, and they may have hurt Mike, but like him I was willing to take risks in order to accelerate my understanding of intense emotion and sexual identity. The narrative of sexual education when I was in high school was almost solely focused on diseases and unwanted pregnancies. The idea that sex could be joyful and that I could make that choice seemed like a revelation. Of course, a condom could break. Of course, a partner could exploit my trust and hurt me. All of that could happen. But there could be great rewards too, and this was what I was willing to take risks for. My Own Private Idaho would not be the only cultural experience that explored this idea in the 1990s: there was Tori Amos’s album Under the Pink in 1994, and Marya Hornbacher’s Wasted: A Memoir of Anorexia and Bulimia in 1998, both of which examine femininity and socially sanctioned ways of expressing female sexuality. However, My Own Private Idaho was the first that I understood and the first that communicated one very important idea: that I wasn’t the only one worried about my sexual identity and willing to take chances to figure it out.

Excerpted from Gentlemen of the Shade: My Own Private Idaho. © Jen Sookfong Lee, 2017. Published by ECW Press, ecwpress.com