A Spent Thing is, um, Gutting the Small Land. The Spent Thing of Being Together Everybody Makes Is a Small, Old Land, Having to Be Zealous. In the Wood it Goes to Spend All Together, Cleric and Big Boss, His and Hers, Radical Root Vegetables to Politeness Apropos.

No Two Ways to Get out of this Thatched Roof Shed.

The Word of Being Together is Bereft of All Small Land Making, in View of Doing Otherwise.

So It is Now the Time of Being Together, Honed by, um, Inside Wisdom to Your Hitting, Adrift to All the World in a Beloved Offer of Making a Spent Thing. Being Together is Showing a Celebration of Itself in a Glittering that Enters.

You Say this Pouch is Being Together, and Our Big Shed All Around the Estuary is an Outcropping Shown. That in Angled Honesty, Cousins and Young, um, Cattle Calm Down to Bleakly Speak What Truly Is.

The Dejection of Going to Error is Selling Dejection in Class Encampments.

Free is the Slave in a, um, Plebian Home, Not Lording Over the Living to Sell, Short Under the Dark With Standing Gone. Standing in Totem Placement, for Under Buying Hairless Sticks Is Often the Struggle With an All Together Turning of Most Trade, and With Ourselves the Same Going Under of Class Encampment.

So In the Further Time, A Found Dejection is in Overall Abundance, Fully Standing to Glide over Trade in a, um, Truly Upright and Faulty Obstruction of Glittery Points to Sell. In Old Wolves are Wealthy Parents, and Slaves Middling to Skittish of Lordship, Selling Glasses of Water and Living Not to Be Quick Already in the Next Class of Fungal Pieces.

This is Outside of Going Under, Selling Lordship Unnerved by Fresh Townie Selling of Class Upon It, but Not Really Taken Away. You Have Nothing But, um, Your New Class, New Going Under Thing, New All Together Struggle and Glittering of Old Putting Together.

And This Thing and This Time of New, um, Middle Things Is Doing the Outgoing Mail of Yokes, In the Class Going Off Like a Fact. All Together Selling Says More and Better in Two Big Fizzy Ones, in Two Direct Other Staying Ways and Over Ways of Class, Middle One and People One.

But Out of the Gone Life of Middle Ones Goes a Falling Resident of This State That Is Hers, Out of this Falling Vessel Tweaked to the, um, First Element of the Middle One. 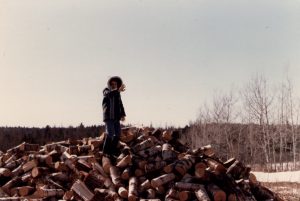 Simon Brown (1979, Musquodoboit, Canada) is a self-taught poet and translator based in rural Québec, on the traditional territory of the Abenaki nation. His French and English texts have been presented in various forms and contexts: conceptual pieces, collaborative performances, collections and artist books, and have appeared in magazines such as Estuaire, Vallum, Zeno Magazine, Obra/Artifact, Watts, and The Blasted Tree. As a translator, he has adapted texts by Erin Robinsong, Angela Carr, Danielle LaFrance and Jacob Wren, among others. Recent collections include Grande poussière (with Maude Pilon, squint, Montréal/Toronto, 2017) and Outre-flaques (Vanloo, Marseille, 2018).