And nipped in error the skin between my mound and
Thigh, a tissue cleavage as soft and unhurt

As any among my husband’s old properties. An alcohol
Pad is there pressed, and stings me, burns

Bacterial moat-hoppers that could get exited
About trouncing the king to the velveteen purse.

He says he should be the only one to course
Me, that the belt is the equal of one hundred

Warships in the South Pacific. He boasts
I am lucky. When I first eyed the silver scissor

I thought to slice my wrist, but a vast canopy
Of solitude brought me to my vanities, and how

My fusspot maidens were having tea just then. To groom
Any part of my own flesh is sure subversion. So

I choose the nearest I can pinch to my blackish
Hole, and begin by candlelight, in a commode, to snip.

When I read this poem in Christakos’s latest book, I thought how much it epitomizes the sexy-saucy feminist narratives I’ve found in her other work. She once commented to me that narrative is a wonderful form precisely because you can stretch its envelope to include all sorts of other material; “Queen” is a good example of this.

Christakos gets our attention by talking about what polite society doesn’t mention: intimate grooming, especially that of a queen trimming her pubic hair. Yet the queen has snipped her own flesh; this makes the poem doubly fascinating to me — how can one make a poem or a story out of sordid details like cuts and alcohol swabs? These images are startlingly mingled with sensual, erotically suggestive words like “cleavage” “mound” “thigh” and “nipped,” which jostle against the surface narrative of cuts and the elegant form of the poem, its stately couplets so befitting a queen.

There is an angry undercurrent to this poem emerging with the link between the queen’s body and her “husband’s old properties.” The thread continues with “bacterial moat-hoppers”; the poem imagines bacteria leaping the moat to the king’s castle and thus beating the king in the competition for the prize, “the velveteen purse” (i.e. the queen’s vagina). The queen’s status as property is further emphasized by the king’s idea that he should be the “only one to course/ Me.” The word “course” is stunning here. I dug out the old Oxford (the one with the magnifying glass) and found many meanings for the verb “course” including the following: 1. to pursue or hunt game with hounds; 2. to chase, run after; 3. to persecute, worry, trouble; 4. to chase or drive with blows, hence to drub, trounce, thrash; 5. to run, gallop; and 6. to steer or direct one’s course. This single word “course” used as a transitive verb makes the queen’s body into a race course, a place to hunt game, a place of drubbing and trouncing, something to persecute and worry, or something in any case to direct and steer.

No wonder the queen is so despairing that she has considered suicide (“I thought to slice my wrist”). The king sees his “belt” (I assume a chastity belt) as equivalent to the guard of a hundred warships. He thinks the queen is lucky. But clearly the queen does not agree. However, the queen is determined to defy her status as property in whatever way she can within the confines of her existence: “To groom/ Any part of my own flesh is sure subversion.” By the time we reach the end of the poem, the defiance of the queen has merged with the defiance of Christakos herself — in the provocative image of the queen’s “blackish hole” — a queen sitting on a commode, the seat of other vulgar bodily functions. Christakos leaves us with a portrait of sexual oppression: a queen may be royal but she is still someone to be fucked; she is still locked in as husband’s property, as are many many women in the world today. 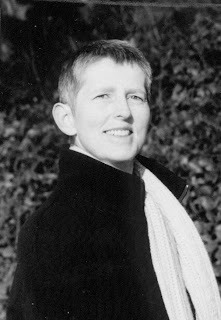 Meredith Quartermain’s Vancouver Walking won the BC Book Award for Poetry in 2006. Matter, her playful riff on Roget, came out from Bookthug in Spring 2008, and Nightmarker is just out from NeWest. Her work has appeared in The Walrus, CV2, Prism International, The Capilano Review, West Coast Line, the Windsor Review, Canadian Literature and many other literary magazines. She is the co-founder of Nomados Literary Publishers.