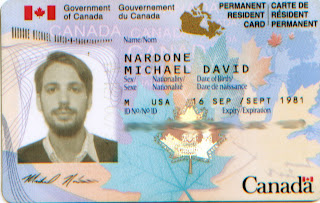 LH: Michael, thanks for the post on the Gulf this summer, and part two earlier this week.
MN: My pleasure, Sina. I am just starting to sift through the materials–notes, maps and recordings–from the Gulf trip, and am planning to return should a storm hit the coast. There’s a spot in the bayou I am hungry to get back to, a wondrous stretch of land near Pointe-aux-Chenes.

LH: Also congrats once more on taking the Prose Poetry Prize. There were a lot of great entries for that–quite remarkable actually (and we are going to publish some of the other contenders). Is “Deathless Nuclear Family of the Spangled Mind” part of a larger sequence? Can you tell me a little bit about where it came from?

MN: This poem is actually two separate pieces within a long composition called The Ritualites. It is a kind of transcription by memory, and was written during a time when I had Auden’s “Paysage Moralisé” streaming through my head. A couple of years ago at the Banff Centre, the first part of “Deathless” was read with Liz Bachinsky, Julie Berry, Mary Dalton, Tracy Hamon, Don McKay, Paul Rowe and David Seymour doing the voices. Currently, I’m laying out a collaboration with the painter Jude Griebel to make a handscroll of a movement from this poem. The project is loosely based on and along the same dimensions of the Heiji scroll “Night Attack on the Sanjo Palace” and will hopefully be finished some time in the coming year.

LH: It’s great that you’re going to be posting. I understand you’re going to be sharing some of the transcription work you’re compiling for the new Jacket out of UPenn?
MN: Yeah, initially I’d like to organize some transcriptions on themes of poetics and experimental pedagogies in preparation for the CCWWP in Calgary & Banff, reading and listening in various circles around Jerome Rothenberg, Joan Retallack and Juliana Spahr. Also, there are some ideas to arrange on David Antin, Ed Dorn, and Heather Fuller amongst others on polyvocality & the vernacular. Critically, I’ve been thinking of English as a primitive language of the future, and will address this in writings to come.

LH: Can we expect to hear a little bit about the Victoria writing scene as well, or do you plan on reading/discussing outside of your immediate community?

MN: Yes, I’ll be sometimes in Victoria, sometimes back in the bush outside of Yellowknife, but hope to write on various strains and practices of poetry from all over. In Victoria, Jeramy Dodds and Lisa Robertson will be reading soon at Open Space, so I plan to write on and record these, and I will track down a recording from Xi Chuan reading there. Tim Lilburn brought Xi Chuan to Victoria for several months last fall/winter, and he had a huge impact on a number of us.

Also, I hope to curate a few digital editions of small press work I’ve sought out or stumbled upon, and some curiosities found in the archives of the Yellowknife Public library. Should be a good mix. Finally, I’ve been making some great tape recordings of talk radio across America, and will soon find a way to make them talk across computers.

Michael Nardone was born in the USA. After studying philosophy in Boston and Varanasi, he moved to Berlin where he worked as an editor and translator. Nardone now lives in the Northwest Territories where he is composing The Ritualites, a long poem, and Life in the Naughts, a lyric history.