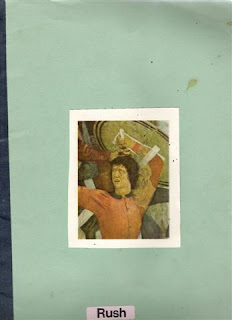 bill bissett’s work—for the past several decades—has been problematic.

His lyrical voice is complicated by his complex idiosyncratic orthography. His concrete poetry intersperses dense typewriter-driven grid pieces with diagrams of ejaculating phalluses. Most problematic is the frequency of his books. Talonbooks has published a new bissett volume every 18 months for decades, and it has come to the point where the consistency of voice and style have made it difficult to differentiate one volume from another—they all blend into “bill bissett’s new book.”

I remember the first time that I saw bissett perform—I was awe-struck by the combination of poetry and song; script and improvisation; speech and incantation. A few years later I saw him again. And that was the problem.
This later performance—and the one after that (and the one after that)—was the same as, or almost indistinct from, the first one. Much like his books, his performances had taken on the role of ‘bill bissett performance” instead of exploring where he was now. Sadly, in 2010, bissett’s books and performance upon repeated exposure become the work of an overwrought maraca-wielding hippie who’s overplayed LP is caught in a groove.

But then there’s Rush: what fuckan theory: a study uv language.

what fuckan theory (Toronto: grOnk / Vancouver: blewointment, nd [1971]) is bissett’s vital manifesto in support of his poetics of sexuality, breath and page composition.

Within what fuckan theory’s legal-sized pages (with card covers, side-stapled and taped. All the copies I’ve heard of have a variety of cover illustrations and are just as variously stained and rumpled), bissett issues militant arguments and directives for poetic composition.

bissett argues that only words liberated from traditional syntax can truly represent human emotion “otherwise wer only writing what sum one is telling yu too that s all greeting cards advirtising fr certain authorizd emotions.”

He claims that poetry has been “usd fr all th bullshit fascism too” and that the academy attempts to normalize language in order to make “the language […] safe nd still correct nd teachabul backd up with troops by the fort knowx.”

He tries to convince the poet that “yu dont have to do it like everybody else;” that “all thes correct usses ar like punishment” which force normative thought. Normative writing enforces normative thought and makes the reader conform to a homogenous culture (“sure baby i think liberals are nice people too but nort america really becomes increasingly fascist”). Instead, bissett argues, realize that “the first lettr of kill is s” and write knowing that “meaning is meaningless.” The poet’s attempt to create culture and to participate in a larger discussion of national cultural identity only re-affirms the culture that the poet may be trying to challenge.

bissett’s manifesto flirts with what we would now consider conceptual writing, and includes a Sol LeWitt-like list of compositional strategies for poetry to work outside of creative writing:

what fuckan theory argues that the last thing poetry needs is more poetry; the linguistic signals of effective communication—the correct spelling, grammar, margin, etc—are unneeded for bissett’s poetics, for “all these [things] yu dont need are tools of war.”

Until 2006, for 35 years after what fuckan theory’s original publication, bissett had never read the entirety on stage. On January 20, 2006 at jwcurry’s hit ‘n’ run lecture series , bill bissett finally read the entirety. Less than 30 people attended the event.

what fuckan theory—the key book in bissett’s 45-year oeuvre—remains out of print. 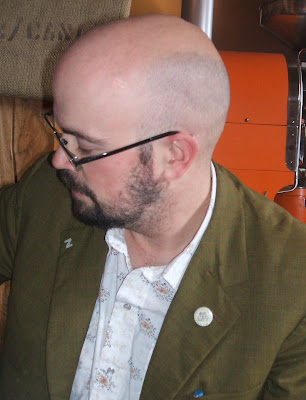 Author of five books of poetry (most recently the visual poem suite silence), three volumes of conceptual fiction (most recently the short fiction collection How to Write) and over 150 chapbooks, derek beaulieu’s work is consistently praised as some of the most radical and challenging contemporary Canadian writing. A collection of his critical writing entitled “Seen of the Crime” is forthcoming from Snare Books. He is online here.