SQ: Thanks for agreeing to a little exchange which will follow up where Damian Rogers left off last week. I was quite taken by your new book, particularly the spaciousness of it. As much as I love a project, so many books of poetry these days, probably my own included, are overdetermined from start to finish, or so tightly bound to project that they are beginning to feel a bit claustrophobic. Is this a book that was built as a project?
SB: I like your word “spaciousness”— appealingly paradoxical for a book of short poems. My poems seldom span more than a page or two (and in the case of this book, often no more than a line or two) but I like to imagine they ramify outwards in ways that do take up more space (mental, emotional, temporal…?) than their physical size might suggest. I’m a huge fan of Dickinson, and it’s that feeling of infinite space within her tight lines that most appeals to me in her work. 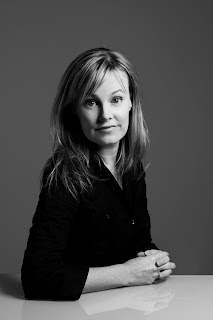 Suzanne Buffam is the author of two collections of poetry, Past Imperfect (Anansi, 2005) and The Irrationalist (Anansi / Canarium, 2010). She was born and raised in Canada, and is now living in Chicago.