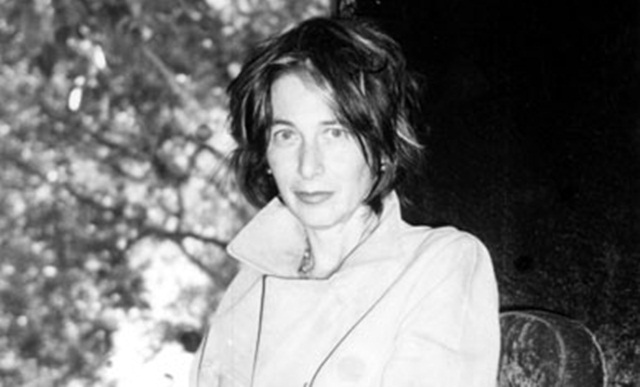 Writer, filmmaker, and professor of film, Chris Kraus’ books include I Love Dick, Aliens & Anorexia, and Torpor. Her films include Gravity & Grace, How to Shoot a Crime, and The Golden Bowl, or, Repression. Kraus is the author of two books of art essays, and a frequent contributor to Artforum and Art in America. Kraus is also the recipient of a Frank Mather Award in Art Criticism and a Warhol Foundation art writing grant.

“Years later, Chris would realize that her fondness for bad art is exactly like Jane Eyre’s attraction to Rochester…bad characters invite invention.”
– I Love Dick

Melissa Bull: The notion of good art versus bad art is a recurring theme in your work. There is a line in I Love Dick about how bad art has a clumsy way of showing the artist’s intent very transparently. Does bad art, indeed, divulge intent versus accomplishment? How a person sees themselves versus how they themselves are seen? Certainly, your characters in both I Love Dick and Summer of Hate are keenly aware of the gaps between a first-hand experience and an interpretation of that experience. Seen that way, does bad art trigger empathy? How does the good art versus bad art discussion provoke your characters, or your readers, to interpret their experiences, or question their judgement?

Chris Kraus: I have a snobbish revulsion towards received ideas. The whole purpose of education and culture is surely to make up your own mind. But the art world does reward group-think.

When I wrote I Love Dick I was teaching in a high-profile MFA program whose goal seemed to be indoctrinating students in what was aesthetically admirable, and what was abhorrent. Of course these values can change, and they do, every few years. These values are totally cyclical. At that time, the word “nostalgia” was used as a pejorative. And “sentiment,” too. And yes, there is a class and a cultural bias at work here — not to mention plain ignorance. In Video Green, one of the essays talks about the persecution of the lone Chicana student in one of these programs for presenting “sentimental” images, photographs of her daughter. As if the faculty artist’s own neo-minimalist work reflected some absolute value! This is colossally ignorant — sentiment is a formal trope developed over centuries in many traditional cultures. The poet and writer David Rattray wrote a wonderful essay to this effect in “How I Became One of the Invisible,” questioning his own revulsion towards the excessive sentiment of Persian poetry, and realizing that “the honey-dewed rose” means something entirely different within that tradition than it does to a western reader.

I’m still a sucker for bad art.  As a reader, I’m always trying to locate the person behind the text, the hidden character.  And maybe I tend to try and make things more interesting by making up stories, projecting on them — bad art (like bad character) does invite this.

MB: Though the emotional stakes are high, in Summer of Hate, the book itself isn’t melodramatic. You could view something like Catt’s constant reference to “my killer” as quite dramatic, but instead, it’s almost droll, or pithy. It’s a punchline, a refrain more than it is an anchor of dread straight up.

Summer of Hate has the rhythms of its protagonists’ faulty thinking nicely exposed. The contexts through which they interpret their encounters — fate, self-help, kitsch movies, “psychic noise,” as Paul calls it, desire…

What interests you about the way your characters talk to themselves? How do their intentions reveal their character/advance plot/reveal their flaws (if at all)?

CK: Yes, I’m trying to be droll! As an art writer, I don’t think you should ever take what an artist says about his or her work at face value. They’re either deluded or deceptive, although this isn’t a bad thing. And I guess this extends to fiction, i.e. real life, as well. In Summer of Hate I’m writing at some empathic distance from both of these characters, and definitely, though subtly I hope, trying to expose the character, i.e., the inconsistencies, of both of their thinking. Catt IS melodramatic! Paul IS all confused about self-help precepts and God, they don’t really mesh with his own misanthropy. The whole nature of belief is inadequacy, and it’s interesting — and even charming, I hope — to see people grapple with that.

“They visit forlorn tourist parks from the 1960s. They drive through the Navajo rez, climb mountains, and walk through the lava fields taking pictures of rocks, forgotten towns, and each other. These trips, Catt thinks, are dérives. In its new engagement with ”the political,” the art world has rediscovered mid-century French Situationism, reprising the language of Debord and his friends minus the pleasure.”
– Summer of Hate

MB: On a language level, there is a conscious friction between academic discourse versus day-to-day language, or the language of the quotidian versus the language of art. Erudition versus talking. Why do I keep writing “versus”? Is it a dichotomy? Is it a friction?

CK: Yeah, I’m trying to make fun of the art world and its language a bit here. Just as the underclass has adopted the language of the police — things are now “items,” occurrences are “incidents” — the art world adopts theoretical language, in this case the bombast of Guy Debord, without the implicit self-irony.

Once again, my obsession with this is a kind of snobbism. I grew up aesthetically around the post-New York School writers at the St. Marks Poetry Project in New York, and the style there was to be as complex (that is, as accurate) as possible, in language as simple and common as possible. Owning the language means owning the thought. There was a great sensitivity among those people towards the insecurity reflected in the use of language that doesn’t belong to one.

MB: Regarding I Love Dick: Is a novel with a protagonist who shares your name a novel? What kind of exercise is it to turn yourself into a character? Is using yourself as a character suicide or invention? Both-neither?

CK: I think everyone does this, in thinking about their own pasts! In all of these books the action is past tense, retrospective. Everyone is so many people in one lifetime, and the most natural thing to do when looking back is to turn your past-self into one of the characters. The “Chris” of I Love Dick is not the person writing the book. Just as the Sylvie Green (Torpor) and Catt Dunlop (Summer of Hate) characters are retrospective. I treat them — just like the other characters in both books — as clowns. People with a range of behavior that is really flawed, but sympathetic. That is, realistically.

“Sitting on Seth’s couch in her actress-y clothes, Catt felt vaguely embarrassed beside Terry. Terry was always and only herself. Mostly, Catt studied how to become other people.”
– Summer of Hate

MB: What do you think of Sheila Heti doing the same thing in How Should a Person Be?

CK: This is a very common aspect of human, maybe especially female-human, behavior! Although I think maybe Catt’s discomfort is greater.

MB: You said, in an interview with Kayla Guthrie, for Art in America, “I was certainly familiar with art writing done by poets over the years. Art in America had that wonderful tradition of hiring poets, and I went back and read criticism by people like the poet James Schuyler and his close friend, the painter Fairfield Porter, who wrote art criticism that is so graceful and immediate and complex. I love that. Frances Richards, who writes for Artforum, is another poet writing about art; there’s a bracing, slap-in-the-face, shocking difference between that and writing by a professional critic. It’s writing that perceives the work on the same plane as the visual artist, but articulates it in a different way. It’s experiential.”

How does what you’re thinking about as a critic affect your fiction? How does your art inform your criticism?

CK: I started out knowing nothing about visual art. Hundreds of studio visits later, you can’t help learning something. But writing-about-art was always just writing, for me. You describe an experience. The viewing experience. The more you know about art, the richer and more complex this experience will be, because  you acquire a wider range of associations. But the actual writing? It’s all reportage, for me — even when writing fiction, the bursts of something more lyrical are attempts to enact or capture a feeling or state of perception.

MB: How does your background in theater and film inform your writing? Basic things like dialogue, atmosphere, plot? The larger practice of making art?

CK: As soon as I started to write I Love Dick, I understood that writing was a kind of performance. An improvisation on the page for the reader. That actually made it much easier, implied some kind of intent or relation. What you are trying to DO to the reader! People have often said my writing seems cinematic to them, and I guess that is true. Maybe not intentionally, but I do see writing as a kind of transcription of action. It gets edited and reshaped of course, but largely towards advancing the action that emerges in the first draft, however unformed. Rewriting for me happens after I’ve I.D.’d what the section is trying to do, and then making it happen more forcefully.