I was trying to work in the house and I had a very young child that was always beside me and naturally he started picking up the paints. I would move my paintings higher so that he could not access them, but he would climb on a chair and he would always attack the painting anyway. So at some point I decided that that would be the work that I was doing: that I would leave him the right to do whatever he wanted on my works. When that happened it became very interesting to me because it was like letting go. I opened up to going: ‘Okay, you can use whatever you want, whatever color you want, so that way I can work. You’re busy doing something and I don’t have to watch you.”

A few years ago, with both her studio and her young son at home, Montreal visual artist Frédérique Ulman-Gagné struggled to find a balance between the tasks of motherhood and those of artistic creation. Only once she had incorporated her toddler into her working process, by letting him draw with her, did a new trajectory open itself up to her.

It had a good impact on my way of working as well, because I was always sharing my work with the child. There was a back and forth that was actually also learning from his way of working. I was very impressed with his abilities in the natural, very instinctive mark making. It was like there was no reflection behind it. It had a big impact in my way of working.

The drawings they made together were shown in 2010 as Avec Ma Mere, at the UQAM Gallery. After her son grew old enough to start going to school, the UQAM Visual Arts graduate found a studio away from home. Her latest exhibition, SANS L’AUTRE OU LA FEMME ATELIER, was presented this summer at les Territoires. Its 33 large and small, abstract paintings emerged from her reflections about her earlier interaction with her child.  The quiet, political nature of her methodology marks a point of progress in a legacy of Feminist artwork still striving towards parity in a patriarchal art world.

The phase ‘femme atelier’ draws from Louise bourgeois’ Femme Maison  (1945-47) series, drawings of women whose naked bodies were surrealistically encased in houses from the neck up. Like her predecessor, Ulman-Gagné explores space to understand the ways in which her own identity is shaped by its environment. Working away from the home that had also been her studio, she considered the overlap of these two spaces, and the roles of mother and artist, from a new perspective.

There is a lot of suggestion in the geometric forms that are similar to those of a house. I am reflecting on spaces. The spaces that are occupied or empty: the house, the studio, and the body as well, because I always think of my own body as once being the house of my child. You can see in my work something physical, something anatomical in a way, always related to the body: the body of the mother and the absence of the child from this body.

This contemplation led to the oil and acrylic paintings of SANS L’AUTRE. On wood and canvas, her indefinite lines create spaces that merge and overlap. A broad range of colors form triangle motifs, line clusters and scale shapes. In many places her brushstrokes are rough and visible, layering to a textured thickness several coats thick. The absence of any overly straight or precise lines creates a sense of movement, energy, and fluidity. Even still shapes seem to vacillate on unstable backgrounds. The largeness of the forms in some pieces elicit a feeling of intimacy. Elsewhere the work displays an unmistakable levity, an earnest freedom of movement that seems issued from an open, free imagination.

I have been to university for eight years, learning from teachers, but I also feel that I have learned a lot working with my son. Just letting go, you know, just attacking a painting as well. I don’t feel I am intimidated by a canvas at all. It’s like I’ll just like jump in and paint without really thinking, which is I think something I have learned from working with a child. You have a timing, it’s like: ‘Okay, ‘I have one hour to work on this because after that he’s going to start screaming.’ So it’s like: ‘Let’s do it!’ I am marked by that. And I find its easier for me to work now that I have been through all this.

The subtle, feminist nature of Ulman-Gagné’s work is a characteristic of the way it is made. In other words, it is in her process. Her collaboration with her son dissolves the caregiver-child relationship and makes it into a mutual relation of sharing and learning, also influencing the spontaneous and free way she approaches her canvases.  By working alongside her son, and taking him seriously as someone she can learn from, she has undone-within the perimeters of her art practice- the social hierarchy that characterizes parent-child relationships. In so doing her work challenges those other, naturalized hierarchies that define patriarchy, and becomes an ideal example of  how exchanges and relations in society should all begin: as equal and respectful.

The feminist artists who paved the way for Ulman-Gagné to be able to make this kind of understated work emerged alongside the women’s movement in the 1970s. At the time, they had no choice but to be loud and forceful in their endeavours. Bravely, and often confrontationally, they laboured to create a female artistic subjectivity within a patriarchal art establishment by validating women’s work, experience, and perspective. By showing where and how it operated in their everyday lives, they exposed ideologically veiled distributions of power. Martha Rosler’s 1975 video “Semiotics of the kitchen,”  and Judy Chicago’s epic, vaginal installation “The Dinner Party” (1974-79), as well as Cindy Sherman’s Untitled Film Stills (1977–1980), were some of the projects that successfully made a space for new discourses about domesticity, sexuality and gender.

Some women artists started using motherhood as a thematic to counter all the phallic imagery that went along with the romanticized myth of the male artist. Post Partum Document (1973-1979) was a serious conceptual and psychoanalytic work of artifacts, presented in the style of an archeological display. Here British mother artist Mary Kelly documented, from birth, the first years of her relationship with her son. The work presented an uncomfortable, meticulous and expansive exposé of her reflections on the experience of mothering. Sally Mann’s Immediate Family series is a collection of photographs of her preadolescent children, taken mostly nude at their remote summer home. Inspired to pull her children into her work as subjects, Mann was later vilified for being lewd and inappropriate.

The legacy of the feminist art movement, which started as a heavy handed project, created a space for Ulman-Gagné’s work to be political in an implicit way. Women have developed histories, subjectivities, and whole departments to attenuate inequality. Unfortunately, a patriarchal perspective remains pervasive in criticism. Abstract painter, and mother artist, Elizabeth Murray has steadfastly expressed annoyance at this double standard of where, and how, this critical gaze falls on the work of women and men. Irregardless of whether the feminist nature Ulman-Gagné’s work is overt, it is liable to be judged critically in a condescending or belittling manner since she is a woman. Writer Sheila Heti said it best in a recent interview: “For me, when I get upset about reviews on behalf of women writers, it’s not the numbers that make me feel bad, it’s the adjectives. There’s such a huge difference between the adjectives used to describe female literary achievement and male literary achievement.”

Elizabeth Murray: “I’m very conscious of those terms ordinary or domestic and their implications. Cézanne painted apples and tablecloths and clocks. The Cubists painted still lifes. But when I paint the still life, the critique of my work is that I’m making this feminist statement about the home, and that critique is political. I’m sure that’s true with writing too, that the themes that women take up are looked at in a particular, political light, just as Zola, or Hugo were seen as political because they wrote about ordinary people and ordinary subjects. The reason the domesticity thing has always irritated me is because I feel like I’m being shoved back into the home. Many people refer to my cup shapes as “teacups.”

This is a really great interview. Murray is quite funny in her observations about being a woman, and an artist–read it HERE. 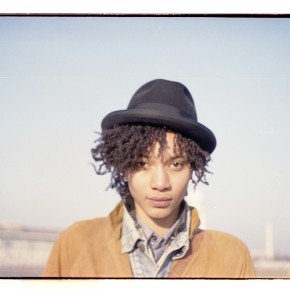 Yaniya Lee is a Montreal arts writer. Her work has appeared in the Montreal Mirror, M-Kos.net and the Belgo Report. She is currently working on an oral history of Montreal fringe culture in the 1990s.