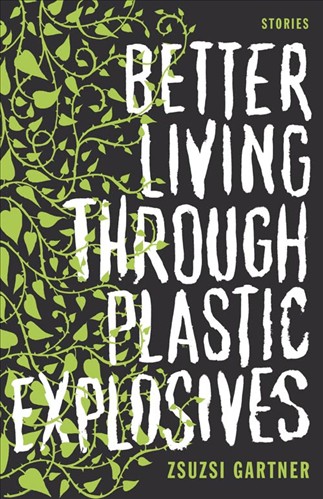 Classical satire has two distinct streams. The first, following Horace, is gentle and urbane, with a soft, self-effacing mien. The second, derived from Juvenal, is nasty, vicious, and angry. Both take aim at what they see as the foibles and failings of society, but they employ very different tonal registers to do so. As Roger Kimball puts it in The New Criterion, with Horace, the “goal is enlightenment, yes, but also laughter,” whereas “Juvenal’s signature disposition is rage.” In CanLit terms, the two poles might reasonably be represented by the writing of Stephen Leacock on the one hand, and Mordecai Richler on the other.

It is somewhat unfortunate, for those of us who prefer the more caustic, Richlerian type of satire, that so many of today’s most prominent Canadian practitioners tend to write in the Leacock mode. Recent examples of this kind of amiable comedic fare include the novels of Terry Fallis and Edward Riche. Fallis’s self-published debut, The Best Laid Plans, won the Stephen Leacock Memorial Medal for Humour, a prize not known for honouring work that is edgy or boundary-pushing. Snapped up by McClelland & Stewart, the book went on to win the 2011 iteration of Canada Reads, solidifying its mass-appeal bona fides. Riche’s novel, Easy to Like, while not as popular as Fallis’s, is nevertheless true to its title: it offers liberal doses of broad humour telegraphed so obviously the book might as well come with a prerecorded laugh track. Both Fallis and Riche skewer easy targets – the hypocrisy of politicians and PR men in the former case, the dumbed-down aesthetic of a national broadcaster pandering to the cultural tastes of the lowest common denominator in the latter – and do so in a way that is formally conservative and unlikely to offend any but the most delicate sensibilities.

At the other end of the spectrum is Zsuzsi Gartner, whose 2011 Scotiabank Giller Prize–shortlisted collection Better Living through Plastic Explosives is formally adventurous, acerbic in tone, and wanton in its willingness to take down any and all targets in its crosshairs. Its cumulative effect on the reader is not unlike the mental equivalent of the destructive weapon invoked in its title. Gartner is one of the very few Canadian writers who could legitimately lay claim to working in the Juvenalian mode; it should come as no surprise that when she appeared on Canada Reads in 2004, she was defending a book by … Mordecai Richler. (The book was Barney’s Version, one of the nastiest of Richler’s famously bitter satires, and it was predictably knocked out early in the proceedings.)

As a writer in the satirical vein, Linda Svendsen falls somewhere between Fallis and Gartner. Sussex Drive, Svendsen’s first novel, is about the political and familial shenanigans on Parliament Hill during a particularly turbulent period in this country’s recent history. The novel takes place (roughly) between August 2008 and November 2009, during which time the minority Conservative prime minister is obsessively devoted to chasing an elusive majority, prosecuting a war in Afghanistan, and fending off threats to his fragile government from a nascent coalition of opposition parties. If this all sounds painfully familiar, that’s because Svendsen is in part writing a political roman à clef in the tradition of Primary Colors: the facts behind the history are all there, only the names have been changed to protect the guilty.

Svendsen’s use of actual events and figures as objects of ridicule is an element of Juvenalian satire that proceeds through Swift’s Gulliver’s Travels down to Richler’s Solomon Gursky Was Here. But Svendsen’s reliance on this approach also poses a problem. One of satire’s key components is exaggeration, but Svendsen isn’t exaggerating much. True, she has ramped up the prime minister’s populist musical ambitions – not content with merely tickling the ivories to some Beatles standards, the fictional PM is writing a Christian rock opera, and Svendsen supplies the perfectly dreadful lyrics to a number of the songs – and while the real-life Governor General was from Haiti, her fictional counterpart has been relocated to the African country of St. Bertrand. But the events and their trajectories are still perfectly recognizable to anyone with a passing knowledge of Canada’s recent political past. Far from being comedically outsized, they are actually depressingly precise.

Margaret Atwood seems to have decided that the only suitable vehicle for satire in our post-postmodern world comes in the form of the dystopian speculative fiction of The Handmaid’s Tale and the MaddAdam trilogy. Atwood’s writing has always featured a caustic element – her 1993 novel The Robber Bride is a work of venomous, scathing satire in the tradition of Juvenal (and nasty enough to rival anything Richler ever wrote) – but her apparent decision to produce work exclusively in the speculative mode speaks to the difficulties our current mad world poses for satirists. In her two most recent books, Oryx and Crake and The Year of the Flood, Atwood focuses her critical eye on matters such as genetic engineering, climate change, sexual exploitation, and income disparity, but her chosen method insists on an exaggerated presentation. 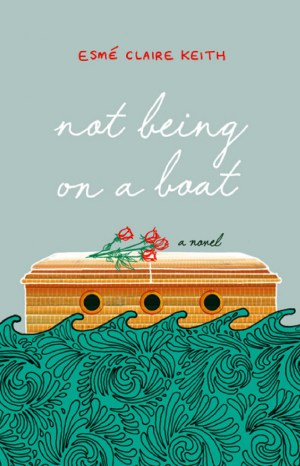 Indeed, Atwood might prefer to be known as a satirist, one possible reason she is so quick to insist her recent books do not constitute science fiction. In an essay reprinted in her 2004 collection Moving Targets, Atwood writes that Oryx and Crake “invents nothing we haven’t already invented or started to invent. Every novel begins with a what if, and then sets forth its axioms. The what if of Oryx and Crake is simply, What if we continue down the road we’re already on? How slippery is the slope? What are our saving graces? Who’s got the will to stop us?” These are, after all, the questions a satirist asks. (They are equally applicable to the dystopias in Gartner’s collection.) And they imply an essential optimism, a facet of satire that often gets overlooked.

Satire, even at its most cutting and apparently nihilistic, is essentially optimistic, because it assumes humanity has the potential to better itself. The best satire forwards this message implicitly, without wearing its didacticism on its sleeve. And the optimism is frequently buried under a heavy cloak of discord and dislikability.

Esmé Claire Keith’s 2011 debut novel, Not Being on a Boat, failed to find a broad audience in part, one suspects, because she forces her reader to accompany a loathesome first-person narrator through the entire book. The narrator is Rutledge, an utterly self-absorbed man devoted to conspicuous consumption and the satisfaction of his every Falstaffian whim. He embarks on a cruise around the world, during which he befriends a porter named Raoul, whose obsequiousness appears to match Rutledge’s entitlement. During the cruise, a coup in a small Caribbean nation wreaks havoc on board ship, but dwindling food supplies and unsafe drinking water do nothing to squelch Rutledge’s insistence that he be afforded all the privileges and creature comforts he has come to expect as his rightful due.

Keith’s book evinces the savagery of Atwood and Gartner, and she resolutely withholds reassurance in the form of winking or nudging her audience in the ribs. Keith’s satire is uncomfortable because, unlike Fallis or Riche, she refuses to acknowledge the joke. And because, in Rutledge, she has created a perfect avatar for our narcissistic, entitled society. In his preening self-satisfaction and utter disregard for the world around him, Rutledge shines a light on some of the worst aspects of Western privilege.

This is something that Juvenalian satire is particularly adept at, and it is one reason why so many readers (and writers) avoid it: they are squeamish at the prospect of recognizing themselves in the objects of ridicule.

Among those readers who do venture into satirical waters, few ever encounter their own reflection. “Well, them stories just gone and shown you how some folks would do,” said a neighbour to whom Flannery O’Connor had given some stories. The haughtiness is typical, as is the insistence that fiction must be about “some folks,” never about us. This too is an apparently inescapable aspect of satire, perhaps best defined by Jonathan Swift, who knew a little something about the form. “Satire,” Swift wrote, “is a sort of glass wherein beholders do generally discover everybody’s face but their own; which is the chief reason for that kind reception it meets with in the world, and that so very few are offended with it.”
Steven W. Beattie