That would be waving and that would be crying,
Crying and shouting and meaning farewell,
Farewell in the eyes and farewell at the centre,
Just to stand still without moving a hand.

In a world without heaven to follow, the stops
Would be endings, more poignant than partings, profounder,
And that would be saying farewell, repeating fare-well,
Just to be there and just to behold.

To be one’s singular self, to despise
The being that yielded so little, acquired
So little, too little to care, to turn
To the ever-jubilant weather, to sip

One likes to practice the thing. They practice,
Enough, for heaven. Ever-jubilant,
What is there here but weather, what spirit
Have I except it comes from the sun?

One night after dinner with my friends Sara and Noah, we came across Wallace Stevens’ poem, “How to Live. What to Do.” My friend Noah and I joked about how we both have turned to this poem in the hope that maybe this one time it would fulfill its promise. I’ve been belligerent about it, like when I want someone to come back from the dead or when I want someone to change into a different kind of person, and they can’t, but I still keep asking the question.

In some ways, it draws a nice figure of Wallace Stevens’ philosophy. You’ve got the people leaving everything behind them, the heroic rock, the heroic sound, the moon and sun, the surety. I’ve wanted to write about this poem for some time as a metonym for Stevens’ project. But it would require another kind of undertaking, something much more along the lines of what I’ve been driving at—an answer to something.

I actually don’t care about the poem that much. And this seems to matter, as its promissory title draws me in then leaves me emptier for the way I stand in such contrast to the last line, to everything “joyous and jubilant and sure.” Sometimes I don’t want a philosophy. I want directives. I want to be told what to do and how to do it. The last time I went needling at “How to Live. What to Do,” I skipped ahead to the poem, “Waving Adieu, Adieu, Adieu.” At the time, good friends were leaving the town where we lived, and though I was staying, I was trying to leave certain people too. “Waving Adieu,” which I neglected to read before or maybe did read and disregarded, struck me, especially this first line, “That would be waving, and that would be crying.” If I had been looking for directives, then this line undercut it all by simply pointing outside of the poem in benevolent explanation.

I was compelled to say earlier that I have deliberately refused to become a better person. But I wondered how true that statement would be. Actually, I want badly to be better, but I also feel exhausted with the tension of this desire—to want to be something else puts me at odds with the person I am. In contrast, the poem endorses something like pure presence as in the repeated line, “Just to be there and just to behold,” and in the beautiful third and fourth stanzas that link together in enjambment and, despite this break, read to me soothingly.

There’s a bit of “Sunday Morning” in this poem, but with less specificity—the sipping from one’s cup, the silence, the idleness and, also, there is the suggestion of someone or something besides the implied “you.” There is the line that slightly differs from its twin, “Just to be there, just to be beheld,” in which one is to simply be still and at the same time to be held. The passive verb phrase doesn’t necessarily need an agent although it assumes one. In fact, I want to suspend the suggestion of a second subject in order to tarry in the dynamic that seems so necessary to pure presence.

I’m thinking of the Kieslowski film, Blue, in which Julie mourns the death of her husband and daughter. In terms of plot, very little happens after Julie abandons her family home. Julie pours her espresso over ice cream, Julie hangs blue glass, Julie smokes a cigarette, Julie borrows a cat. While the plot is rather simple and teleologically final—Julie completes her deceased husband’s score to celebrate European unity and gives the family home she has abandoned to her husband’s pregnant mistress—Julie’s grief seems to have no arc and no end. Her sadness and her banalities compose most of the film. Even when Julie kills a family of mice and, in the final scene, cries for the first time, her crying only signals another movement.

It’s easy to disregard the public moments of the film and to be consumed by Julie’s privacy. I forget that I am only privy to such terrible beauty because of the beholding eye of the camera. The camera becomes both transparent and gracious in a way that the film’s other characters cannot. The eye of the camera loves Julie but will not intervene. It will only watch her, and it is the watching that seems so necessary to her survival.

I don’t need someone to answer my questions; I only want to be beheld. I walked around my city one winter, imagining that someone who would not hurt me was watching from different angles and distances. In “Waving Adieu,” we are presented with a world after which heaven does not follow. If the title “How to Live. What to Do” suggests, even falsely, an answer, then “Waving Adieu” replaces the one who answers with one who beholds.

And, yet, who or what will behold us? Is it a companion? Or does our pure presence require the bifurcation of the self? Does it require self-consciousness? Maybe we must extend to ourselves the kind of grace and charity of one who would behold us. Maybe it is the weather and the sun, the imagination, the poet-self as, simply, “the the.” 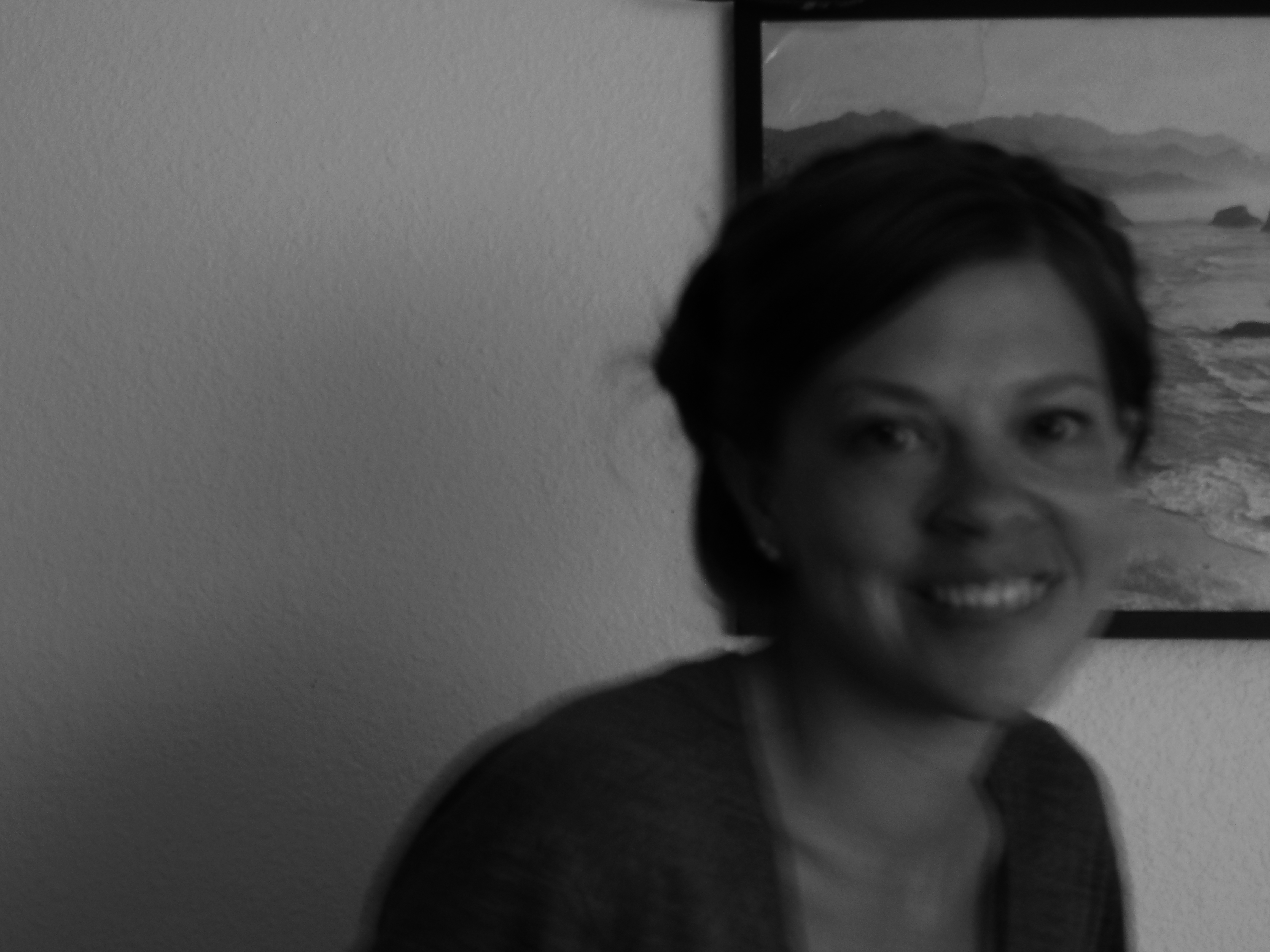 J’Lyn Chapman teaches writing and literature at Naropa University in Boulder, Colorado. With Michelle Naka Pierce, she edits the online poetics journal, Something on Paper, and she is a contributor to the interview project, The Conversant.  Her essays and prose poems have been published in Conjunctions, Fence, Sentence, and American Letters & Commentary, among other journals. Calamari Press published the chapbook, Bear Stories. An essay derived from her doctoral dissertation on W.G. Sebald is forthcoming in a collection called The Language of Images.