Belladonna’s new translation of Theory, A Sunday comes to us just in time to respond to a resurgence of pop feminism—on This is What a Feminist Looks Like t-shirts, at the MTV VMAs, from the mouths of Beyoncé and Lena Dunham, on a “Feminist But Feminine!” sign at the end of a Chanel runway—and to consider what the antidote to these (naïve) appropriations of the term might be. Judith Shulevitz wrote recently in The New Republic that, “it’s better to have the beautiful people think the word ‘feminist’ is cool than to have them sneer at it,” and aren’t we all supposed to just “lean in” anyway?  But what happens when feminism becomes uncool again and turns into what Mira Schor calls the “–ism that dare not speak its name?”  Who will reclaim feminism from a fickle media, when one day you are “clickbait,” and the next day you are out?  Should pop feminism make us nervous or excited?  Theory, A Sunday coalesced at a similar cultural moment; in the wake of 1970s activism, its authors were trying to understand whether Madonna (circa 1987) was a liability or an asset to the cause.  Yet they were also teaching us the difference between feminist commercialization and feminist consciousness.

In Theory, A Sunday, I am faced with (je dois faire face à) the origins of my own feminist consciousness.  I know that this consciousness is shared, and that it subtends the critical work of many scholars who, like me, write about gendered aesthetic practices and counter-canons and who have done (and continue to do) so in a post-feminist academy and in an era in which feminist scholarship is an anachronism. I realize, too, that it is also deeply personal, or as Nicole Brossard emphasizes, emblematic of a non-binary way of thinking in which “singularities and their points of contact” [my emphasis] coexist meaningfully (9). Theory demonstrates how collectivity and particularity can be syncretic terms, and how a shared feminist consciousness, as Lisa Robertson suggests in her introduction to the new edition, “complements or even enables” the idiosyncrasies of our individual feminist practices/poetics (16). Encountering this crucial (and crucially Québecois) text in its new translation and anticipating the energizing effect it will have as it circulates amongst a new readership, I am excited to read the word feminist, used in a non-ironic, joyous, and deeply intellectual way, over and over again on the page. I am eager to use this text in my own work as a way to define (for myself and for my students) the “mythic space” of feminist particularity and to nuance its history in the classroom by returning to what Gail Scott identifies as the “point where avant writing began to deconstruct the subject” in favor of a “subject-in-the-feminine” (44). Formally, Theory is brazenly non-linear and openly experimental; it propounds a feminist optic that is both casual and axiomatic and that plays with definite and indefinite articles. It is not a text that worries about the patriarchy, but about how a feminist consciousness will embed itself so deeply in our culture that we no longer need to talk about waves. Theory may come to us at a time when it is cool to be “feminist as fuck.” But the work that Nicole Brossard, Gail Scott, Louky Bersianik, France Théoret, Louise Cotnoir, and Louise Dupré accomplished in this collection importantly reminds us that we still have work to do, work that requires Brossard’s ethical trifecta: “motivation, decision, and concentration” (20).  So, bring on the feminist killjoys. Let the feminist carnival commence! 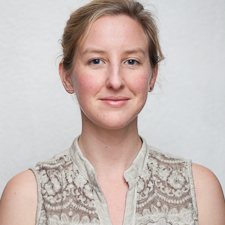 Jane Malcolm is an Assistant Professor of English at the Université de Montréal.  Her research interests include poetry and poetics, (extra-)literary modernism, the poetics of gender, and the problem of difficulty. Her work has appeared in Arizona Quarterly, Jacket2, and A. Bradstreet, and a co-edited edition of Laura Riding’s Contemporaries and Snobs was published by the University of Alabama’s Modern and Contemporary Poetics Series in 2014. She is currently working on a book about feminist ambivalence and modernist innovation in the work of H.D., Mina Loy, Laura Riding, and Gertrude Stein.