Donato Mancini’s “You Must Work Harder to Write Poetry of Excellence” is a book about writing about poetry. There is an ideology lurking unspoken in the practice of reviewing poetry in Canada, it claims, and it sets about to reveal it. And it does, more or less. In the end an ideology stands revealed, one organised around the unquestioning assertion of a certain set of values: tropes of craft and tradition, accessibility and the common reader and pure, uncomplicated beauty. But in spelling all this out the book inadvertently reveals itself to be as saturated in an ideology of its own, and this changes the book and its task in ways that do not sit well with me.

My reservations begin with the book’s apparent blindness to its own ideological inclinations. Given that this is a book of ideological analysis, complete with a well developed method, it primes its reader to notice the operation of ideology and it is jarring, to say the least, to see ideology so powerfully at play in it. There is a certain inevitability of ideology in any and all writing, of course. But there are decidedly more elegant ways to negotiate the co-occurrence of ideology and its critique than this. Mancini quotes Roland Barthes and Judith Butler in support of his argument, Nietzsche too; he is clearly not unaware of their work and how they managed to do it. Some measure of that sort of critical self-awareness or reflexive irony would have done this book wonders.

What ideology is it, that creeps into the book? Mancini presents himself as a postmodernist, and he explicitly aligns himself and his book with what he calls postmodern poetry. He concedes that this is a somewhat unusual move on his part. We do not speak so much of postmodernism anymore, and what he calls postmodern poetry is more often called ‘experimental’ or ‘innovative,’ ‘avant-garde’ or some permutation thereof, or, for those more politically oriented, ‘engaged’ or ‘radical.’ For Mancini, though, each of these falls short in some crucial way. Among other reasons, he opts for ‘postmodern’ because of the historicity implicit in the term. By using postmodernism he is implying that the poetic practices he writes favourably of are in some way aligned with and legitimated by a profound historical shift that renders prior poetic modes, as he puts it, “anachronistic.”

Mancini writes, by way of framing his argument: “In the view of many poets, the forms of literary subjecthood presumed in the self-assured lyric I “secure in its place” steadily erode through the 1960s. In this view, the continued production of lyric poems is anachronistic. The cultural conditions and relations of production, emergent after the so-called postmodern turn, disintegrate the social subject I posited in lyric poetry. After this turn, lyric poetry can only have continued pertinence (if any pertinence at all) within the ideological terms of a contested literary field…” (p. 14)

This claim is deeply, deeply problematic. In it there is the unspoken assumption that poetry should align itself to its historical moment‚ both in this statement, in his dismissal of the lyric as an anachronism, and in his reasons for choosing to use the term postmodernism in the first place. Let us begin with that. And let us consider that claim in the historical context of lyric poetry.

If we do as Mancini does and track lyric poetry back to the Romantic movement, to Shelley and Byron and their ilk, then we are speaking of poets who were writing from within the Industrial Revolution‚ a time of radical upheaval and often catastrophic transformation that ‘disintegrated’ (to use Mancini’s term) the social subject the lyric poem predicated itself upon. Given this, the lyric poem has always been an anachronism: a product of the nostalgia at the heart of the Romantics’ distrust of the incipient modern era. It was a willful anachronism deployed as a strategy of resistance to what the Romantics saw as the wholesale destruction of a way of life.

Which suggests that its anachronism is precisely the value of the lyric poem. Yet, in Mancini’s argument, there is no acknowledgement of this‚ there is not even so much as an admission of the possibility of this, or any other effort to constructively engage with the poetics of the lyric form. In the place of one unquestioned set of values Mancini asserts another. How to call this anything but the work of ideology?

This is not to say that the problem Mancini addresses with this book does not exist. There is no disputing the proposition that there is an ideological hegemony distorting the field of Canadian poetry. There are a whole range of poetic practices that are being unfairly marginalised; this makes Canadian poetry, however we want to conceive it, that much less vibrant, relevant and interesting. But I cannot say that I have any faith in the way that Mancini addresses the problem to do any good. He leaves me with the impression that what he is arguing for is the substitution of one ideological regime for another‚ a coup d’etat of sorts. Power would change hands and the mechanisms of exclusion and marginalisation would continue to operate as before, the only difference being a change in roles. This is to say that this is a book of partisan polemic, and that position is untenable and impractical. People are as likely to stop writing conventionally lyric poetry as they are to stop experimenting with questions of poetic form. The challenge is not to prove one method superior to the other. Efforts to that end will resolve nothing, and the impasse between the two positions will persist‚ worse, with this kind of opposition there is the risk of reducing the diversity of poetic practices in Canada to an entrenched opposition between two camps. Again, there would be a reduction in difference, in diversity. There needs to be something else, some other way to speak and think about poetry.

What is especially maddening is how close this book comes to being that something else. In the closing pages of the book Mancini describes how poetry brings into language a quality that does not reduce easily to ideology, and that there is therefore within poetry something with the potential to rework and reshape our relation to ideology‚ as Mancini puts it, something that “can mutate to work towards utopian ends, rather than value-conservative ends” (p. 242). The equation of poetry with the utopian seems right to me. Poetry is, after all, where we come to do impossible things with words‚ of course there should be the possibility of a re-imagined relation with ideology emerging from it. If only this had been where he started.

As it is, the way that Mancini uses postmodernism gives the book an ideological rigidity when what is called for is a certain suppleness of thinking, and it regrettably makes this book inadequate to resolving the problem to which it addresses itself. And this is a shame, because this is a book that certainly had the potential to do better than what it turned out to be. 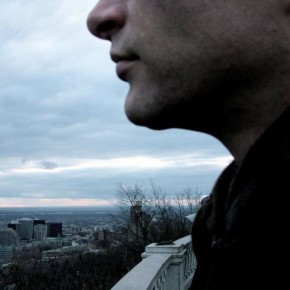 Alan Reed is an experimental writer turned novelist. He is the author of a collection of poems, For Love of the City (BuschekBooks, 2006), and a novel, Isobel & Emile (Coach House Books, 2010). He lives in Montreal and is rather tall.