Berlin poet Cia Rinne revels in the clinamen and the paragram, the playful moment brought about by the minimal change in typographical difference. For a Canadian readership, the paragram evokes bpNichol’s 9-volume Martyrology, most especially Book 5 (1982) as typified in “Chain 3”:

when I let the letters shift sur face

is just a place on which im ages drift

Rinne uses typographical difference—the movement of phonemes, the insertion of spaces, the aural pun, the homonym—to allow for quiet moments of poetic discovery. 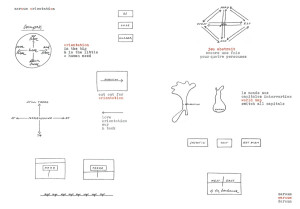 Rinne investigates the typewriter as a compositional tool, exploring how the typewriter’s fixed-width typefaces allow for poetic play within the implied grid of the line and page. notes for soloists (oei editör, 2009) and zaroum (self published, 2001) are both ruefully out of print, but available digitally online through UBUWeb’s visual poetry section, reissued as zaroum (le clou dans le fer, 2011) and complimented by the digital project “archives zaroum.”

notes for soloists was expanded into a beautiful collaborative sound piece with Sebastian Eskilden entitled Sounds for Soloists (2011).

As nichol continues in “Chain 3”:

Attention to a visual duration

comic stripping of the bared phrase

the pain inside the language speaks

ekes out meaning phase by phase

make my way thru the maze of streets & messages

reading as i go

creating narratives by attention to a flow of signs)

Both notes for soloists and zaroum are multilingual texts, slipping from English to German to French, each in a minimal moment of poetic exploration. Each echo Yoko Ono’s Grapefruit (1964) as zen koan-like meditations of poetic emptiness In an interview Rinne argues that she attempts to “keep some sort of simplicity or minimalism in the writing and visual expression, and in the way the final object is produced.” Much as Ono’s Grapefruit includes

Draw a line with yourself.

Go on drawing until you disappear. 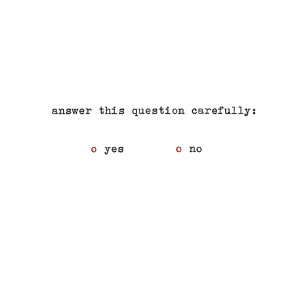 Rinne’s multilingual engagement with absence and silence is most poetic when seen in light with her artistic investigation with marginalized communities. Her collaborations with photographer Joakim Eskildsen has resulted in A voyage to iChickenMoon (1999) written while living, Post-Apartheid, with a Zulu-speaking South African family; Blue tide: a true story = Maré Azul (OctOPUS, 1997) in a Portuguese fishing village; and The Roma Journeys (Steidl, 2007) which documents the marginalization of Roma through-out Europe. Rinne’s fracturing of language seems, on the surface, engaged in the dance of the clinamen within languages, “playing with the homophone qualities of different languages, or stripping the words of their usual context so they become something other than mere means of communication” (as Rinne’s herself argues in an interview 3:AM Magazine). Rinne’s paragrammatic explorations however, are quiet meditations on how language ostracizes and marginalizes the other. The spaces and silences in zaroum and notes for soloists point at the absence in the midst of the play.

-derek beaulieu is a contributing editor at Lemon Hound.