It’s not in the river but in the ocean this time, where I wake up and find I’m too far out to get back.  It’s bright day and cloudless; the sky severe transparent blue, a gas flame with high yellow strangle.  I’m struck by the lack of panic in me; I tread water, turning like a human siren, surveying the flatline of the water’s horizon and the land, a dark and equally watery swelling in identical distance as it revolves into view.  I reach down and shed the shoes on my feet.  I don’t know what they look like, but feel like sneakers, and I send them and the socks sinking.  I drop under and undo the belt, pants – I’m surprised they are dress pants, a second button inside the waist – and underwear, get them off me and away, resurface, tread more.  Go under again, button down shirt, tshirt, off, resurface.  The happiness of being naked in the sea, with its slight vulnerability around the genitals that soon relaxes into glad ease, sets in.  The river was good, since at least it took you somewhere.  Here I don’t feel to swim.  The sameness is too vast.  It was good to be at the river; I’d catch the animals and she’d cook them, although most of them were impure and she’d refuse to dress them.  I’d walk the carcasses towards the ritual grounds, feeling her eyes on my back, veer left towards the fire for impure flesh, and know 5 steps later I’d be blocked from view.  I’d crouch anyway, just in case, and wind in a wide circle back down to the bank, dress the beast and set it out to dry; I’d eat it myself in the coming week – hyrax, tortoise, owl jerkys that were flavorful and rich, and sweeter for just being mine, and for being impure.  She was young in the middle of the day; she woke older than me in the morning, was old as me when we bedded down.  It was this daily change that sustained my attraction to her; her flawless skin in the midday light, her magnificent rump and breasts as she made transit to the gardens and the fire-grounds, as if she were a container of eternity, an eternity itself eternally young, the flesh of youth like a new book, taut, soft, deep, thought-proof.  I’d watch her and have an impossible emotion:  my life ebbing as I stood in it, and she the stopper in the breach.  I’d reach for her, in my mind if she was too far, an arm around her full belly if she was near.  I’d kiss her then, and say her name.  I’d get stiff, and let her go, and the stiffness would recede as I returned to time.  In the night I’d watch time flay her, her rump and breasts score and sag and her skin roughen – and I’d see her anxiety at being seen intensify, and her various strategies to conceal the wrinkles at her chest or armpits or stomach cause her to move with a spasmodic lurch, a failed attempt at nonchalant cover that gave the impression of a small fit, a seizure or twitch, her eyes scared and paranoid, flung towards me like cup shards.  She never knew – I never told her – that the sight of time on her skin, in her body, on her flesh – aroused me intensely.  It was the arousal of relief from the relentless present of youth.  In her skin succumbing to time and death, I felt – I saw – a home, my home, our home, and a sense of finally coming home and the possibility of rest and of beginning to live.  Why didn’t I tell her?  I suppose because I assumed if I had, the old unreflective habits of youth would have taken over again, and then she certainly would have become ugly, her body of age denuded of wisdom stripped to the body of deathless youth in her mind, and she become a mockery of time and woman, something nailed up onto a tree, a directional sign pointing to a celebration, to a party where everyone laughed and exploded like splatting sacs of sour blood.  I craved her in her evening and morning of age.  The softness of her body – the resistant fullness of youth gone – was liquidy, was closer.  She’d become beautiful, which is always tragic, beautiful, not just the midday’s pretty – and the eyes of her youth – black and dilated as if always in the furnace of hallucination – eyes I’d stared into like shelters from noontime sun – remained there, recessed deep in the passage of her nighttime’s gaze, a lifetime’s distance away, and conquering that distance her youth’s eyes would again look out at me but now with suffering knowing desire; and I’d be engulfed in this wounded nudity and feel a passion for her that in our afternoon hour would have destroyed us both, since this was passion for death, for death to quell the indomitable body of love,

and we would never give in

and so surrendered to one another in a way that seemed transfused from the blood of dreams.  We’d crush one another into night and mind-numb dark, each the mortar and pestle to the other, and morning would arrive, standing at our bed, a bed that might as well been spread with our ashes, morning standing there waiting for us to get up and feed it.  In a freak spinning surge of molecular coaldust we’d wake, eyes ope in satisfied placidity, minds ladles sloshing dreams, our transit through night and decades waking us to a precision of stillness that infinitely briefly made waking a homecoming.  And sunlight or rainlight would then send away her years, and the pretty young woman making silent transit through our rooms across our property in the wet brightness and smoke of river air and clean and unclean flames returned.  Her younger self was afraid of the chaos of pleasure; the fear itself became hunger in the night.  But this is the ocean now, no longer the river.  And what a deep, fine sleep that woke me here!  No more the river; neither pleasure nor rectitude nor hygiene.  This is the sea; certainty of solitude, exhaustion, vanishing. 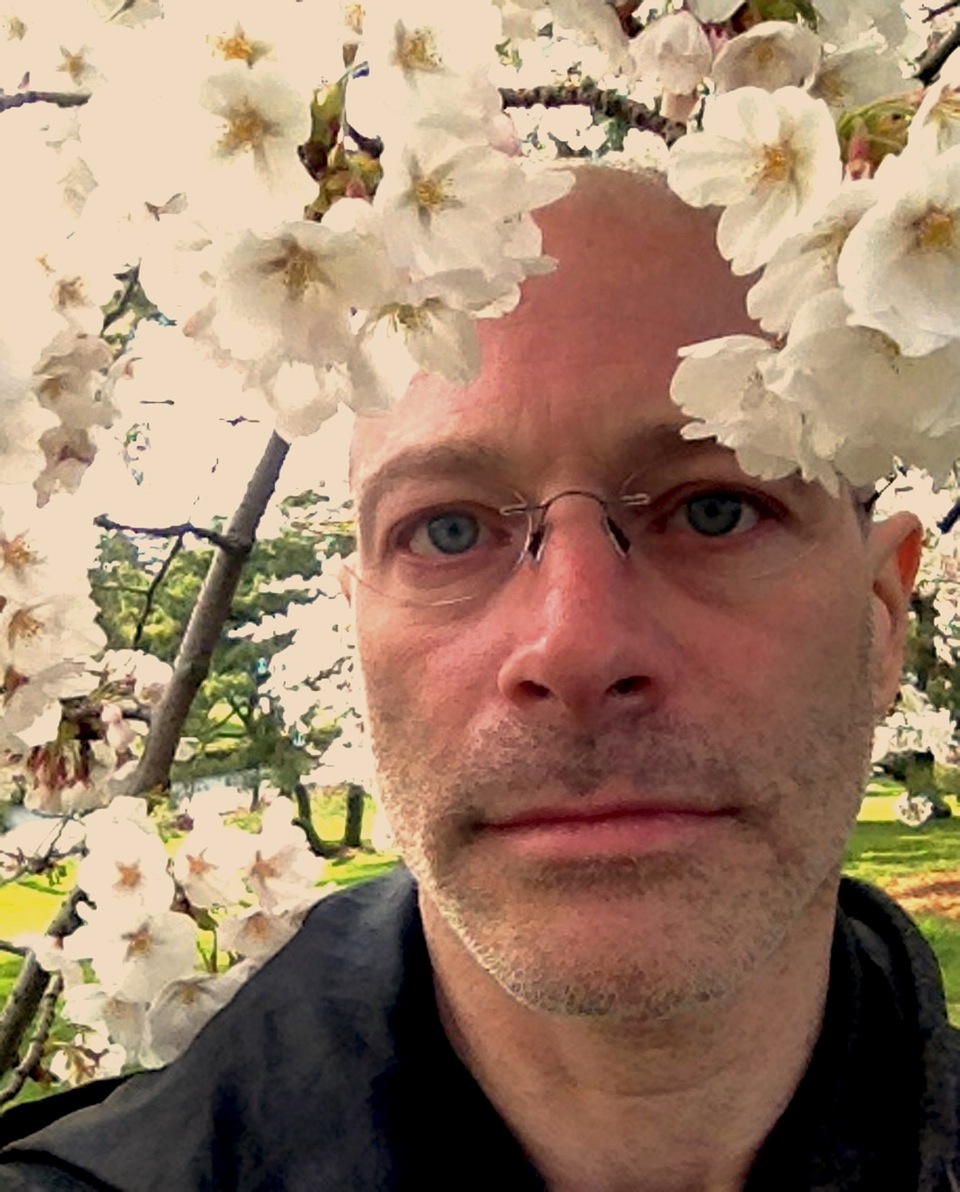